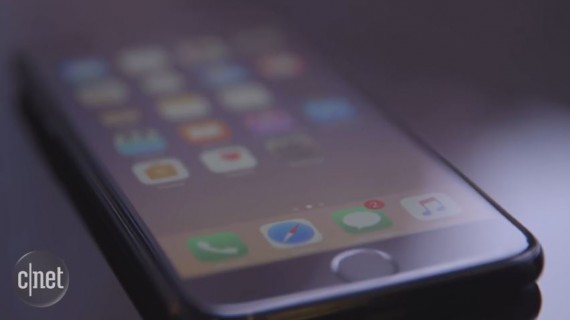 The rumors and speculations say that next year's iPhone will come packed with some new design changes and hardware improvements. There will also be some radical changes which would including an edge-to-edge front display with no top and bottom bezels, an OLED screen, long-range wireless charging capability, and a cool 3D camera. (Photo : CNET)

Apple is currently building an amazing smartphone with amazing features. The rumors and speculations say that next year's iPhone will come packed with some new design changes and hardware improvements. There will also be some radical changes which would including an edge-to-edge front display with no top and bottom bezels, an OLED screen, long-range wireless charging capability, and a cool 3D camera to top it all off.

Features of the iPhone 8

The next year's iPhone is said to be called (as everyone expects) the iPhone 8. Reports have confirmed that Apple will be skipping the S phase in 2017 in terms of marking the iPhone's 10th anniversary. The Phone is said to be currently designed in Israel, while the official manufacturing will take place in China. With that being said, here are some of the things that we know so far about the upcoming iPhone.

Apple is rumored to be using an OLED display in the next year's iPhone. Reports say that the Cupertino-based company is planning to halt with the former LCD display and will now be using an OLED screen which is better in color contrasts.

iPhone 8 is just the beginning

Reports have already confirmed that Apple has ordered its suppliers to boost production of OLED displays and submit prototype screens with resolution that is better than the ones from Samsung. The publication, citing people with deep knowledge of the matter, reported that Apple could be introducing an iPhone with an OLED screen as being just one of several other models to be unveiled.

Rumors have been suggesting that Apple is currently planning to release the upcoming iPhone 8 with an all-display front surface. This means that the up and coming device will feature no bezels or borders, as per Business Insider, citing John Gruber, who is a famous Apple blogger and podcaster.

Apple is reported to be making some major design changes to the next iPhone. The company is said to be removing the iPhone's iconic home button, according to a recent online report. This had suggested that the home button will be replaced with the rumored Touch ID fingerprint sensor that would be built and incorporated into the screen.

All-glass for the iPhone 8

Renowned Apple analyst Ming-Chi Kuo confirmed that the iPhone 8 would be featuring a glass front and back design much like the iPhone 4 and iPhone 4s. Kuo also hinted that the Phone will also be using either a stainless steel or aluminum metal casing.

The iPhone 8 may also be coming with a long-range wireless charging ability. Apple is reportedly developing a technology that will charge the device from a very long distance. This feature could end the constant worry of fast battery drainage if the iPhone has the ability to be wirelessly tethered to a charger. The company has already hired engineers to work on the wireless charging system, as well as holding discussions with suppliers for wireless charging chips.

According to a recent statement by Apple analyst Ming-Chi Kuo from KGI Securities, the upcoming 2017 iPhone will be adding wireless charging to its arsenal for the very first time. Instead of plugging into a cable, iPhone 8 owners will now be able to charge their batteries using an inductive pad, which is pretty similar to how the Apple Watch charges.

Once some bold and brave Pokémon adventurers have become the Alola Region Champion in Pokémon Sun and Moon, that doesn't mean players have anything left to do. If farming for some rare Pokémon or simply making friends isn't one's expertise, they can always opt to attempt to track down and capture the end game ultra beasts, which, as the name signifies, present an extreme challenge for even the best of Pokémon Sun and Moon trainers.

Apple's 'iPhone 8' Will Have No Home Button, But Why?

The upcoming iPhone 8 will have an edge-to-edge screen, as well as ditch (yet again) the home button, which is arguably the most important way of interacting with an iPhone. Since this year's iPhone models have already ditched the physical button and ultimately replaced it with a haptic simulation of a button press, it only made these rumors somewhat believable. But it will still be a huge shift since the home button performs multiple functions as of today.

Apple iPhone 8 Will Be The Greatest iPhone Ever Made, But Why?

Credible Sources on the iPhone 8 indicate that next year's iPhone would be the biggest one yet. With Apple deciding to release immediately a second interim upgrade for the iPhone 7, anticipations are higher than usual for what is to come next. Whether it will become the iPhone 7s, iPhone 8, or the 10th-Anniversary iPhone, at least either of these proposed models will be using an OLED display and will be big, which will potentially make it the greatest iPhone ever made.

Apple iPhone 8: Will Be The Biggest Curved Screen Phone Made

Rumors and speculations for the iPhone 8 are already heating up, only two months after the official launch of the latest iPhone 7. Apple recently unveiled the new iPhone 7 alongside with its bigger variant, the iPhone 7 Plus, during a special event on September 7, 2016, but they we're already looking ahead into the next generation. This article will be rounding some of the rumors regarding the iPhone 8, which would include its release date, price, some of the iPhone 8's specs, and some new features.

Latest 'Pokémon GO' Cheat For iPhone Works Without iOS 10 Jailbreak, But How?

A lot of Pokemon GO fans would definitely be happy to know that the best ever Pokémon GO cheat is still currently working perfectly even after the release of Niantic's latest app update. And best of all, it still won't require you to jailbreak your iPhone in order to use it.