Another Company Steps Up To Challenge Tesla: Enter Lucid Motors 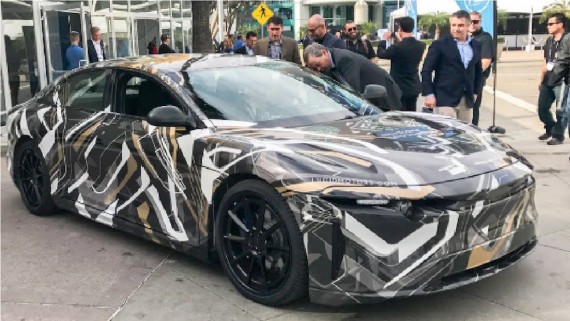 Tesla Motors have been a trendsetter ever since they started manufacturing autonomous and hybrid cars. Different companies have risen and fell as they challenge the major electric vehicle maker. Lucid Motors take on the challenge. (Photo : Sakura First Look/ Youtube)

Lucid Motors, formerly known as Atieva, was founded in 2007 and was mainly focused on manufacturing car companies. They changed their name earlier this year and now change their focus to building autonomous cars. The company claimed that their future car would leave Tesla and other competitors trailing behind.

Lucid Motors have announced on November 29 their plans to build a factory in Arizona. The company will house 2000 employees that will focus on the electric car that will challenge Tesla's cars. The company will tap into a network of suppliers in the Mexican State of Sonora for parts.

The Dream Car Of The Future

If that is not yet enough, the company also claims that their car will be the same size as an Audi A6, interior space of an A7, and a wheelbase close to that of an Audi A8. Adding the performance of a Bugatti Veyron will top off all these features. Peter Rawlinson, Lucid Motor's chief technology officer, said, "what we have is a new type of luxury car."

The car and factory, however, have not been built yet. The company is planning to have these cars on the road by the year 2018. Since its founding in 2007, the company has already raised $131 million dollars and mentioned that they will have a projected $700 million dollars worth of investment by 2022. The car and the plans are as compelling as they sound, but the people need to see results first in order to give full support to the start-up Auto Company.

Other Companies Who Challenged Tesla Motors

In the past, other companies have also announced their challenge to Tesla. Companies such as NIO and Faraday Future have major plans on how to beat Tesla and win the hearts of the consumers. Tesla, indeed, started the trend in autonomous, hybrid and electric car making and has shown great progress ever since they started more than a decade ago. They have also proven their worth to the consumers by bringing in innovative and technologically advanced cars to today's market.

It is no wonder that a lot of companies are emerging from out of the blue to challenge major companies. Creating a startup business is easier today than it was 10 years ago. There are a huge number of businessmen who are more than willing to invest in these companies. Although risky, Tesla has proven that alternative vehicles can be a success with the right amount of performance and luxurious design.

One of the most well-known and respected hyper cars, the Bugatti Chiron, have been crashed by its driver in a ditch in Germany. Thankfully, no one was hurt during the crash.

Cyber security or hacking is a major concern of consumers who have autonomous cars or are planning to buy one. Argus Cyber Security is constantly bringing in software to protect road users and consumers alike.