Samsung Galaxy J1 Mini Prime vs iPhone 7 Plus: Which Is The Better Phone? 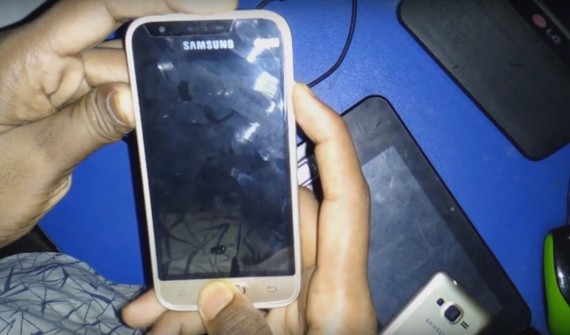 To some people, having one phone is not enough. Some people like to have two phones - one for both online and offline mobile apps, and one for strictly texting and calling or something like a backup phone. Are you one of these people? Then you might be interested in the Samsung Galaxy J1 Mini Prime.

But wait, before you think that the Galaxy J1 Mini Prime is "that" kind of phone, it's kinda not - in a way. Well, first thing, it is not your average backup phone and is, in fact, a great phone to have because it shares some of the features that the high-end phones have. But before we start the comparing, let's first talk about the news of Samsung's latest phone.

According to the reports, Samsung has just launched a new phone. On first glance, it resembles a lot like the Galaxy J1. About its price, the Samsung Galaxy J1 Mini Prime is available on Amazon for $89.99 and on eBay for $86.99. It is also reported that it can be used in T-Mobile, but only on 2G. With that being said, let's now compare it to the iPhone 7 Plus.

Platform. The OS of the Galaxy J1 Mini Prime is Android OS, v6.0 (Marshmallow), the chipset is Spreadtrum SC9830, CPU is Quad-core 1.2 GHz Cortex-A7, and GPU is Mali-400MP2. While the OS of the iPhone 7 Plus is iOS 10.0.1, upgradable to iOS 10.1, the chipset is Apple A10 Fusion, CPU is Quad-core 2.23 GHz, and GPU is six-core graphics. I will give this round to the Galaxy J1 Mini Prime, because though its chipset, CPU and GPU and a far cry from the iPhone 7 Plus, it is amazing that it runs on Android Marshmallow. I wonder if you could change its OS with the latest Android 7.1 pre-loaded. That would be pretty cool.

Battery. The battery of the Galaxy J1 Mini Prime is a removable Li-Ion 1500 mAh battery. Talk time, standby time and music play is unknown. The iPhone 7 Plus' battery is a non-removable Li-Ion 2900 mAh battery (11.1 Wh). Talk time is up to 21 hours, standby time is up to 384 hours, and music play is up to 60 hours. Even if there is only a little information about the Galaxy J1 Mini Prime's battery, I will give this round to the iPhone 7 Plus.

Features. The Galaxy J1 Prime has only one sensory feature - the accelerometer. As for its other features, let's just say it has all the basic features it needs for Emails, MP3s, MP4s, photos, videos, etc. With the iPhone 7 Plus features, well, just the sensory features makes it a winner for this round.

As for what I think about the Galaxy J1 Mini Prime, I think it's a good sub-phone. You know, a phone that you use strictly for texting and calling only or when your main phone is dead or something. Anyway, this is my failed comparison attempt between the Galaxy J1 Mini Prime and iPhone 7 Plus. Hope to see you guys in my next article.

There are many rumors and speculations regarding the highly anticipated Samsung Galaxy S8 handset.

Samsung Galaxy Note 7 Explosion: Probe To Explain By The End Of The Year

Samsung’s findings on the Galaxy Note 7 explosions - which immensely set the company’s sales back - will finally be made public this month.

Many rumors said that Samsung is planning to add a front-facing camera with auto-focus to the Galaxy S8. The addition of autofocus to the front camera of the Galaxy S8 may not be the main attraction of the upcoming flagship, but it will certainly be a great addition to the device.