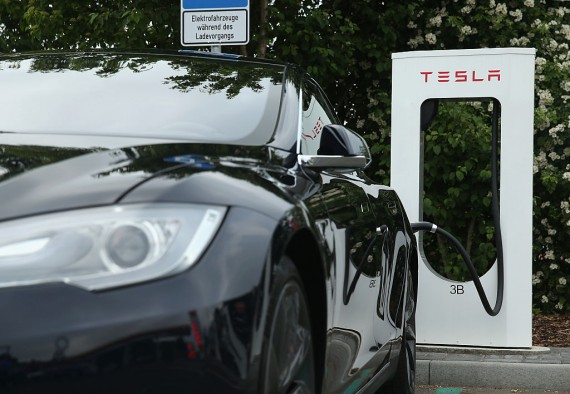 Tesla Motors only sells their own cars directly online and through their own branded stores. They were denied to put up a store in Virginia before, but were just recently approved by the DMV. (Photo : Photo by Sean Gallup/Getty Images)

For years, the Department Of Motor Vehicles has been denying Tesla Motors for putting up a store in Virginia. However, that just changed as the DMV commissioner reversed a previous decision to block the company from getting a dealership license in the area. Tesla was just given the approval to put up their own branded store in Virginia, making it their second store in the United States.

The decision shows significant growth for the electric car company as they have been battling local courts and regulatory bodies to gain approval of their stores. Although the decision is not yet 100 percent, as they still need approval from the state's Motor Vehicle Dealer Board, all signs are leading to the company being able to put up shop and operate in Richmond, Virginia. The DMV commissioner stated his astounding support for Tesla during the announcement. He cited Tesla's leading customer satisfaction stores for its quality service as one of the reasons why he approved granting them the license. Another factor that affected the decision is the distance that Virginia Tesla car owners will have to travel for servicing after purchase. The approval will prevent customers from traveling far to find a store and can have their cars services right in Richmond.

Tesla May Be Facing One More Obstacle

The Virginia Automobile Dealers Association has been opposing Tesla's presence in the state of Virginia in the past. The filed a lawsuit in March, right after Tesla applied for a license grant, claiming that the electric car company is violating an agreement made on 2013. The supposed agreement was for Tesla not to be able to operate a second dealership in the state until August of 2017. DMV commissioner, Richard H. Holcomb, determined that "there was no dealer independent of the automaker in the community that could own and operate a Tesla franchise in a manner consistent with the public interest. Making Tesla eligible to operate as both a manufacturer and a dealer of its electric motor vehicles," said Holcomb.

Tesla said in an emailed statement -"This decision will allow Richmond-area consumers to learn about and purchase their Tesla vehicles in close proximity to their homes. We are thankful for the many Tesla owners and citizens of Virginia for their support." The company is determined to begin construction for the new store that will be opened in 9850 West Broad Street in Richmond.

Overall, Tesla's decision to keep their marketing strategy exclusively for their own brand has made a great impact in their business. Basically, only Tesla dealers are allowed to sell their vehicles, which mean that other independent dealers will not use their cars as moneymakers and they can be confident that their vehicles will be priced accordingly without any unnecessary additional costs. Consumers from all over the United States are hoping that there will be more Tesla stores to accommodate them without having to travel far. Tesla will definitely have more as time goes by and as regulations change, it's just a matter of time before everyone gets a hold of a Tesla for convenience, which is what the company is planning all along, anyway.

Leader in autonomous car manufacturing, Tesla Motors, announced that their cars will be receiving major updates to optimize and enhance its autopilot systems to level five this coming weeks of December.

Another Company Steps Up To Challenge Tesla: Enter Lucid Motors

Tesla Motors have been a trendsetter ever since they started manufacturing autonomous and hybrid cars. Different companies have risen and fell as they challenge the major electric vehicle maker. Lucid Motors take on the challenge.

Elon Musk Predicts Fully Autonomous Vehicles In Two Years; Even Driverless Buses Are In The Works

Elon Musk believes that in less than two years, fully autonomous vehicles will be running in the city streets. There is also a project that aims to develop driverless buses.

Why Tesla Is Not Available In Other States

Tesla is actually prohibited from operating in several states in the United States, and this is because of the active Franchise Dealership law.