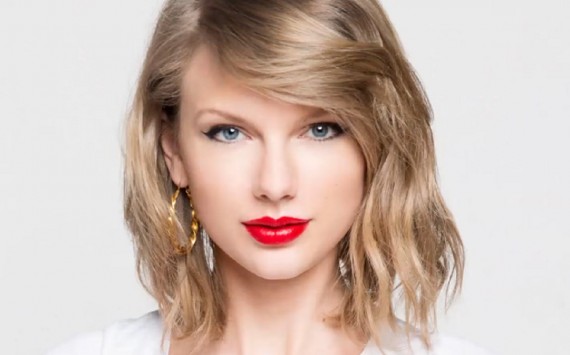 Taylor Swift is the highest paid celebrity in 2016 according to Forbes with $170 million. (Photo : Taylor Swift Content/YouTube)

Forbes just revealed its list of highest paid celebrities in 2016 according to data from pretax income from June 1, 2015 to June 1, 2016. Taylor Swift landed the number one spot with a whooping $170 million,  which is $60 million more than the second placer, British boyband One Direction. Other celebrities on the top five include author James Patterson, TV personality Dr. Phil McGraw and soccer player Cristiano Ronaldo.

According to Forbes, most of Swift's income came from her "1989 World Tour," which grossed about $200 million in North America and her deals with Diet Coke, Keds and Apple. Her earnings might even grow bigger next year, as it was previously reported that Swift also signed a deal with AT&T. The 26-year-old singer is also the youngest woman in the list while 22-year-old Justin Bieber is the youngest man at rank 26.

One Direction might be on hiatus since January 2016 but they just became the highest paid boyband. The group earned a total of $110 million thanks to their more than $200 million earnings in "The Road Again Tour" last year. James Patterson is on third. The world's richest penman earned a total of $95 million. Aside from his published works, Patterson earned from the TV adaptation of "Zoo" in 2015 while "Middle School: The Worst Years of My Life" was made into a movie in 2016.

Both in fourth place are Dr. Phil McGraw and three-time FIFA best player Cristiano Ronaldo with $88 million. Aside from his daytime show, McGraw is the executive producer of "The Doctors." He also launched an app called "Doctor On Demand" and which links its users to psychologists. Ronaldo, on the other hand, has various sponsorships including Nike, Tag Heuer, Sacoor Brothers suits and Monster headphones, aside from his yearly $50 million from his contract with Real Madrid effective until 2018.

Meanwhile, Kevin Hart proved there is a big economy for making people laugh, grabbing the sixth spot with $87.5 million. The comedian filled arenas and stadiums on his tours which earned him at least $1 million at each stop. Controversial radio host Howard Stern is in no. 7 with $85 million. He reportedly signed eight-digit deal with XM Radio.

Five-time five FIFA Ballons d'Or winner, Lionel Messi is one of the highest paid soccer players in the pitch at no. 8 in Forbes list. The Argentine players which plays as a forward in FC Barcelona and captains the Argentina national team earned a total of $81.5 million.

At rank 9 is Adele with $80.5 million. The singer-songwriter sold 3.38 million copies of her latest album titled "25" during its opening week in November 2015. Adele also had a tour "Adele Live 2016" which earned her millions per night. On the other hand, Rush Limbaugh is in the tenth spot with $79 million. The 65-year-old talk show host reportedly earned a lot due to the election season.

‘Van Helsing’ Season 1, Episode 13 (Finale) Spoilers: Vanessa Captured By Dmitri; The Resistance Comes To Save Her

The Resistance will try to rescue Vanessa in "Van Helsing" season 1, episode 13. Meanwhile, Vanessa will learn something about her past from Dmitri.

Dr. Holt will perform a dangerous surgery to save Dean Munsch in "Scream Queens" season 2 episodes 9 & 10. Meanwhile, will the Chanels be able to stop the Green Meanie?

'Big Brother: Over The Top' Finale: Morgan Wins With A Difference Of Less Than 20,000 Votes

Morgan Willet was crowned as the very first winner of "Big Brother: Over The Top" with 5-4 vote against Jason from former HouseGuests and a difference of less than 20,000 votes from viewers in one of the closest battles in "Big Brother" history.

Niall Horan and the rest of the "One Direction" members have been proving the world that they have what it takes to go solo but Horan revealed that the highly awaited "One Direction" might happen sooner than fans think.