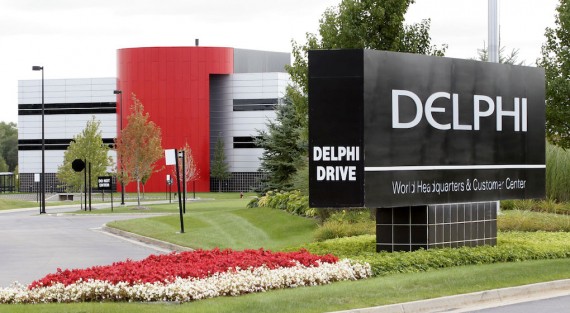 Autonomous vehicles have the ability to self-drive by just a touch of a button. A technology that was once only a dream by science fiction fans and have only been seen on movies and books. Today, there are a number of these smart cars roaming the streets throughout the world. However, there is one problem, these cars claiming autonomous capabilities are, well, not really autonomous.

Current Autonomous Cars Are Not Really Autonomous, Yet

Cars such as the Tesla as Model S, Model X, and their upcoming best seller the Model 3 have been claiming that they are all autonomous. But by definition, an autonomous vehicle must be able to drive itself without any human intervention once activated. None of Tesla's cars are capable of doing so and required the driver to slightly maneuver or touch the steering wheel from time to time. Autonomous vehicles should be able to drive itself on public roads while avoiding hazards such as pedestrians or other road vehicles as well by using an array of sensors and cameras. One major goal of having a self-driving car, besides convenience for the owner, is to prevent accidents from happening on the road.

On May 2016, Tesla's Model S failed to do what it was intended to do, prevent an accident from happening. The vehicle failed to "sense" a white tractor-trailer while it was cruising on autopilot on a bright sunny day that caused its owners his life. Mobileye, the company that provides sensors to Tesla, parted ways with the company after the fatal accident and started working with other automotive companies for the development of autonomous vehicles. They are now working with Delphi automotive, among other companies, to hasten the development of cars with fully autonomous capabilities.

The Delphi And Mobileye Partnership

Delphi and Mobileye announced that they are targeting fully autonomous kits to be delivered to different automakers by the year 2019. The kit will utilize Intel's CPU chips to provide for the heavy computing, will work with less complex maps, and will make use of crowdsourced maps from road users as well. The system is called Centralized Sensing Localization and Planning or CSLP. The system will use sensors to determine the vehicle's location within 10 centimeters even without lack of GPS connectivity. This ability will help the car navigate even on roads without markings, and will also determine the vehicles in its surroundings by sensing its shape, and will also determine if the car is moving or parked.

Delphi automotive modified an Audi Q5 to be its demo vehicle. No sensors can be seen on the exterior and had all the sensors embedded behind the grilles, near the windshield, and other smoked plastic shrouds. The Q5 did not have any issue in navigating through the roads and was able to recognize traffic and other road signs. The vehicle was able to appropriately react to other road users such as vehicles and pedestrians as well. Another amazing thing that the test drive showed is the car's ability to follow road and highway speed limits, a feat that other experimental vehicles have not achieved yet as most, or all of them drive like a person with limited or very weak eyesight.

Fully Bake It Before You Present It

While everyone is being excited with the news, Delphi, Mobileye, and the rest of the companies working on autonomous cars need to have all the time they need to fully develop their systems. Aside from enthusiastic consumer who cannot wait to get their hands on a fully autonomous car, there is no real reason for these companies to rush their production. Well, there's the issue of increasing road accidents and fatalities on the road due to distracted driving, but it would be more hazardous if these cars were presented on the streets while being just half-baked.

Rear end collision incidents have been growing more and more each year. Most of these are caused by driver distraction and unawareness of their surroundings. Consumers are now asking for auto-braking feature on cars.

The NYPD Pushes For Smart Cars To Replace Scooters: Yey Or Nay?

The New York Police District has utilized scooters for decades and has finally realized that they need an upgrade. The police department is now starting to expand their smart cars for their daily use.