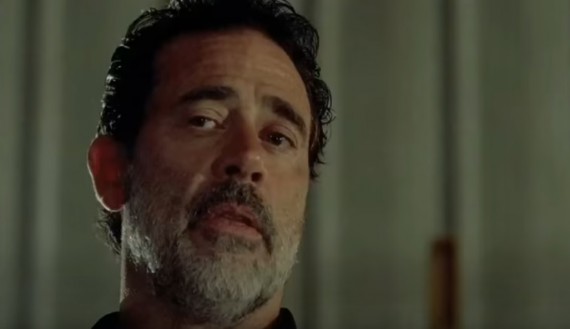 The Walking Dead Season 7 just gets better and better. The producers were able to find the right mix to maintains its quality while losing some characters. Next week, we will see a battle in where Negan was not prepared for.

Negan Visits Alexandria And It Is not Pretty

On the next episode of The Walking Dead, Negan will revisit Alexandria and he is not welcomed there. People from all corners of Alexandria are on the hunt for food as supplies won't less that long. Tensions will grow higher as some of them found out that The Leader of the Sanctuary is favouring somebody. Negan will try its very best to control his people but it will be harder than what he imagined.

Rick is still devastated with the deaths of Glenn and Abraham. He took it to hard to the point that he is blaming himself. He is again on a phase where he can't control his emotion and acts like a puppet of Negan. Rick who was once a leader of the community just lost it. He will do things just to pleasure Negan without thinking of his own safety.

Carl is also the main topic since last week. There are rumors that one of the three remaining original cast of The Walking Dead will die either the next episode or the season finale. The producers of the show are still tight-lipped with the rumor created. However, a Reddit user explained that Carl's death is eminent and might happen this season. He elaborated Carl's story and even had time to reference it with the comic books.

Nagan promises that before the end of the season, there will be more casualties.It's creepy, man. It's creepy. We'll see where that goes. Mid-season finale, you know it's going to be big," he told Entertainment Weekly. However, it is not immediately known if it will feature yet another death."I just think that if Negan were to have a kid, he would want him to be this kid," Morgan said. "He respects this kid and maybe he sees a bit of himself in him."

"His initial read on Carl as a little future serial killer is not only a great line, but there's something he sees in Carl. Carl never has backed away from Negan. His dad has been in tears and no one else will make eye contact, yet Carl never breaks eye contact with Negan during the lineup or anything else, anything we've shot. He's always pissed and I think there's just a lot of respect there that Negan has for this kid to grow up in this world as he has and survive as long as he had. Negan just simply respects him," Negan added.

Okay, here me out first as this is one of the sweetest rumor to date. Finally, there's a speculation about Negan being killed by Daryl Dixon. The Sanctuary leader made the lives of our antagonist a living hell and he has to pay for it. Apparently, Daryl Dixon is just acting up and already relayed to Rick about his plans. There are no specific episodes on when Negan will be killed but Daryl Dixon will be the one to do it.

'Arrow' Season 5 Episode 9 Spoiler: What We Leave Behind

'Arrow' Season 5 Episode 9 Spoiler: What We Leave Behind

The creator of 'The Walking Dead' comics mentioned that the TV show could keep going even after the point of when the comics reaches its conclusion.