The Android 7.0 Nougat: If OnePlus Users Have It Right Now 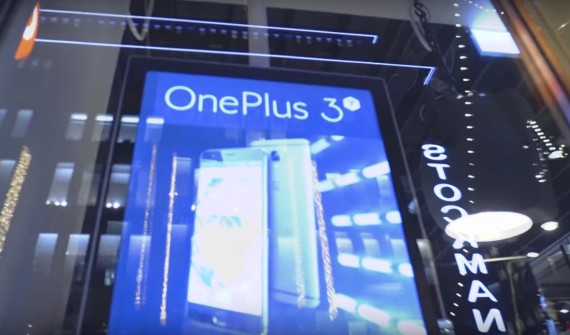 The OnePlus has just released its new flagship phone, the OnePlus 3T. It was first announced last month and was later then released the same month. Its price tags are $440 for its 64 GB model and $514 for its 128 GB model.

If you're an OnePlus 3 and OnePlus 3T user, chances are you've been experiencing the touch latency issue, especially for the OnePlus 3 users that have been waiting for months now for OnePlus to fix it. About the "fix" part that the OnePlus 3 owners are still waiting for, OnePlus Co-Founder Carl Pei posted on Twitter that the owner will have to wait a little longer, because their focus right now is the Android 7.0 Nougat. However, some say that there might be a way to "lessen" the issues that the OnePlus 3 and OnePlus 3T is having by updating their phones with the Android 7.0.

There Is An Available Android 7.0 Nougat?

Apparently, there is already a beta version of the Android 7.0 Nougat available in the internet right now. But before you buy, keep in mind that this is beta version, meaning there will bugs and lack of certain features such as breaking the ability to use Android Pay contactless payments on the device, and stability issues that are linked to the new beta. With that in mind, here are the two links if you're interested - Link one and Link two.

What Does The New Android 7.0 Nougat Do?

The Android 7.0 nougat is said to have the features of ability to split-screen between any two apps (finally, you can play games while watching videos). It boasts a redesign notifications shade and dramatically improved battery saving technology. It also includes a redesigned notification design, overhauled Settings menu, a multi-window view, direct replies from within the notifications, new status bar icons, quick launch ability for third-party applications, and improved shelf customization. Users can also find a new status bar icon options, alongside a quick launch feature for third-party apps and added customization options for the Smartphone's "Shelf" feature.

The decision to download and install the beta version is your choice. However, I advise you not to download it and wait for the full version instead. If you're curious about the specs and features of the OnePlus 3T, I've written some articles about it. Here is one of the articles I've written about the device - Link here.

Why The Samsung S7 Is The Best Android Phone Of 2016

Motorola ditched the Moto X for 2016 and instead gave us the Moto Z (along with the Moto Z Force and Moto Z Play). "We're likely to to have a Tango module to basically enable the Z to have Tango functionality," president Aymar de Lencquesaing.

iPhone 7 vs Google Pixel vs Samsung Galaxy S7: Which Is The Fastest?

Three powerful smartphones in the world. The iPhone 7, Samsung Galaxy S7 and Google Pixel have been pitted against one another in a speed test.

Lamborghini Alpha-One Is A Luxury Smarphone Costs $2,450, Does It Worth?

Lamborghini has launched an Android-powered smartphone namely ‘Alpha-One,' which is priced at $2,450.

OnePlus received a feedback from a small number of users saying that at times they notice a subtle visual effect when scrolling on the recently released OnePlus 5. However, the company claimed it as a normal effect and not the result of any manufacturing issues.