How EU Plans To Deal With Online Hate Speech? 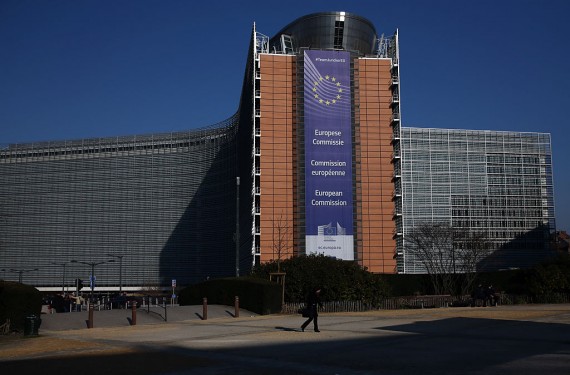 The European Commission headquarters building in Brussels, Belgium, is pictured is this image. (Photo : Photo by Carl Court/Getty Images)

After struggling to comply with a voluntary code of conduct, tech companies may face new legislation dealing with hate speech in the European Union (EU).

This week, the European Commission called on tech companies such as Twitter, Facebook, and other major names to implement more aggressively measures in order to police online hate speech. The alternative is to face new EU legislation that would force the tech companies to do

The Financial Times reports that a study commissioned by the EU justice commissioner, Věra Jourová, found that YouTube, Google, Microsoft, Twitter, and Facebook have struggled to comply with the hate speech voluntary code of conduct that was announced earlier this year. Amid national security concerns and heightened racial tensions,

European governments have already pressured tech companies to more proactively curb incitement to terrorism and hate speech. In Germany, the government-led effort has been particularly aggressive. Germany is one of the European nations where the ongoing refugee crisis has reinvigorated the far-right and sparked a xenophobic backlash. Reuter reports that Heiko Maas, the German Justice Minister, recently said that Facebook should be made liable for any hate speech published on its social media platform and it should be treated as a media company.

According to The Verge, Google, Twitter, Facebook and Microsoft agreed in a code of conduct announced in May to review and respond within 24 hours to "the majority" of hate speech complaints. However, only 40 percent of the recorded incidents have been reviewed within 24 hours, according to the commission's report. That figure rose to 80 percent after 48 hours.

According to PCMag, two advocacy groups have criticized those efforts in France. In May, the two rights groups announced their plans to sue Google, Twitter, and Facebook for failing to remove from their platforms homophobic, racist and other hateful posts.

In fact, in France a law passed back in the year 2004 requires websites to remove in a timely manner content that is "manifestly illicit" if they know about it. During the groups' monitoring, the tech companies were not fast at removing the offending posts.

YouTube was the fastest to respond to complaints among the companies that agreed to voluntary respect the code of conduct. On the other side, Twitter was the slowest. In Germany and France, removal rates were above 50 percent, while in Italy and Austria just 4 percent and 11 percent, respectively.

On Thursday, Dec. 8, EU justice ministers will meet to discuss the report's findings. If the tech companies' voluntary efforts will be found unsatisfactory, they may face new laws to curb online hate speech in the European Union. In order to convince the ministers that the non-legislative approach can work, the tech companies will have to make a strong effort and act quickly in the coming months.

UK surveillance law allows British police and intelligence agencies to see every website that everyone visits.

According to a UN agency, 53 percent of the world population still has no internet access.

The European Union authorities are concerned about data collection and the default privacy settings of Windows 10.

Microsoft Is Just About To Buy LinkedIn For $26 Billion

Microsoft doesn´t have precisely the better experiences with the EU commission, so it is not sure if the concessions that the company has done could be effective to buy LinkedIn.