Dangerous Hackers Who Were Eventually Hired To Work For Major Companies 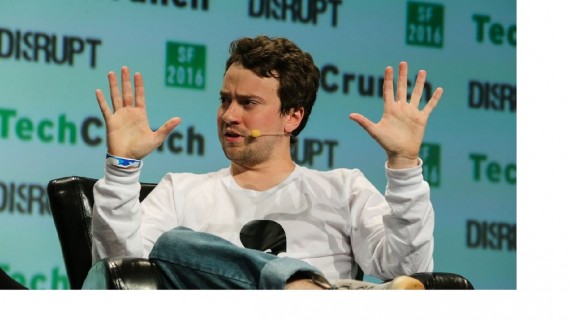 Although many hackers ended up getting hired at major companies, there are others who actually break the security system of a major industry or organization in order to work with them, but ends up jailed.<br /> (Photo : Youtube/TechCrunch)

In recent times, there have been many dangerous hackers and cyber criminals that have been known for their illegal actions, getting to the point in which some of these has been declared as a major threat to society. However, some of these have been hired for major companies to work on its security, since their ability to easily hack into these have gained so much attention that many believe that is better to have these people executing their knowledge in an office, than being isolated in a prison. Here are the most incredible of cases of this kind.

George Hotz: A Hacker That Eventually Worked At Facebook And Google

I we´re talking about famous and dangerous hackers who eventually hired from giant companies, George Hotz is definitely one of the most incredible cases, giving the fact that did major operations as unlocking the Apple´s iPhone and hacking the iPod Touches and the PS3, which ended up in a court war against Sony. This guy was just 20 -years-old man when he did this, and many believed that considering how he easily penetrated the security of these devices, he could be a genius or a master criminal.

Although everyone recognized that what he did wasn't precisely legal or ethical, major tech companies as Vicarious, Google or Facebook hired him. In the case of the social media network, Hotz worked on an unknown role since May 2011 and ended a year later, while on the search giant, this guy worked since July 2014 in its Project Zero, the software security auditing team with which he created the open source program Qira in just five months.His latest project has been an AI startup called Comma.ai, but things haven't run so well for Hotz.

Peter Hajas: From Making The iOS Jailbreak App To Working For Apple

According to many hackers and cyber criminals, messing with smartphones is a little different than many other devices, and at the same time a little bit more difficult, which obviously mean that doing an incredible hack to these products would be one of the best ways for a hacker to prove its skills and knowledge.

Peter Hajas definitely proved these two things and gained the keys to heaven, since he was the one who created the well-known iOS jailbreak app MobileNotifier, the famous notification system. The most amazing fact about this is that Hajas get to the point of developing more features an improvements to this app, which many thought that it wouldn't be possible.

If this guy developed the ability to do this kind of operation, the future of smartphones and people´s privacy would be compromised, considering that many persons in the world use this product. However, far from getting detained or anything related, Hajas started to work as an intern at Apple.

Kevin Poulsen: From Being One Of The Most Dangerous Hackers To Be A Senior Editor For Wired

The difference between this guy and the previous cases is that he was black hat hacker and were jailed because of his actions. Practically, in addition, to being one of the most dangerous hackers, he was officially declared as a criminal and a huge threat to society because of what he did, and the way in which his knowledge could put everybody´s privacy in a serious danger.

What Kevin Poulsen did was to hack the Los Angeles´ KIIS-FM radio to benefit a competition´s interests who later scored him a Porsche. Far from limiting his hackings to these kinds of operations, Poulsen escalated to the point in which he literally started to breach into the Federal Bureau of Investigation (FBI) computers until the agency started a pursuit that ended in his arrest in 1991.Once he was jailed, he had to spend 5 years in prison and pay a $56,000 fine for charges of wire, mail and computer fraud. Although he was one of the most dangerous hackers, Poulsen is now a senior editor at Wired.

According to many analysts, what was done with the John Podesta´s emails was so incredibly damaging to Hillary Clinton´s image, that this actually become a huge help for Donald Trump in the campaign.

No matter how his government ended up being, Donald Trump will always be remembered as one of the most controversial U.S. presidents of all times, just as Richard Nixon or Bill Clinton.

WikiLeaks Releases More Than 2,000 Files Revealing The Cooperation Of Germany Spy Agency And The NSA

Just as it happened with the U.S., WikiLeaks has started to release classified documents about Germany, and the BND President told that Russian hackers would interfere with the elections. Could this be just a coincidence?

The FBI has released a statement saying that people should watch their mobile banking apps since there are hackers targeting them.