'Bones' Season 12 Spoilers: The Swan Song Of The Massive Series 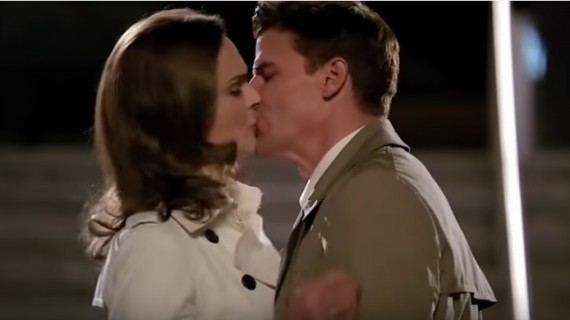 All good things must come to end. Arguably one of the most watched TV series in history is about to end but they are not going out without a bang. Bones series will show everybody why they lasted this long
.
Bones Legacy

The series premiered last September 13, 2005 and for the past 11 years, Bones Series showed why they are the best at their craft. Bones is an American crime procedural drama TV series that was aired on Fox. The show is often compared to NCIS and numb3rs. The show consist of a lot of twist and turns which the fans mightily admired. Bones Series mainly focuses their plot to the main character.

Emily Deschanel(Dr. Temperance "Bones" Brennan) and David Boreanaz(Agent Seeley Booth) gave live to their characters. Each episode, they focused on a FBI case file concerning numerous murders from various places. Dr. Temperance "Bones" Brennan is the key to solve all those mystery death since she has the talent for forensic examinations. She can determine the person's life style and character by clearly examining the human remains, specifically the bones.

I am one of the fans who will surely miss this massive series. I haven't watch any episode of Bones that bored me to death. They are that good. However, as mentioned All good things must come to end. The show doesn't have to prove anything as they are an entity on their own. The last episode will surely be a tearjerker as one of the insider explained. Dr. Temperance "Bones" Brennan will be in trouble and his husband, the mighty and witty Agent Seeley Booth will come to the rescue.

David Boreanaz who plays the character Agent Seeley Booth posted on twitter about his thoughts on the last installation of the show. "At the helm. Gonna be a Great goodbye to all the fans who have supported us for 12 seasons!", he stated. On a recent interview, David Boreanaz explained how important Bones is in his career. He keeps reiterating before that "Bones" is the main reason why he is enjoying the success that he has right now.

The swan song has started for the series but we will never forget how they made us laugh, bewildered, surprise and angry with their episodes. Overall, Bones Series showed us that being different is okay sometimes.

'Once Upon A Time' Season 6: The End Has Come, Hiatus Has Already Started

'Once Upon A Time' Season 6: The End Has Come, Hiatus Has Already Started

"Empire" Season 3 left with a roller coaster of emotions and twists. Showrunner Ilene Chaiken reveals what's in store for the fourth season.

ABC Sees A Bright Future For Its 'American Idol' Reboot With Famous First Judge; Katy Perry Says She's Thrilled To Do The Show

ABC has picked up "American Idol" and it is looking forward to a big season with its newly signed judge, Katy Perry. The A-list musician has then expressed her excitement to do the show. Other judges to join Perry is yet to be announced by the network.