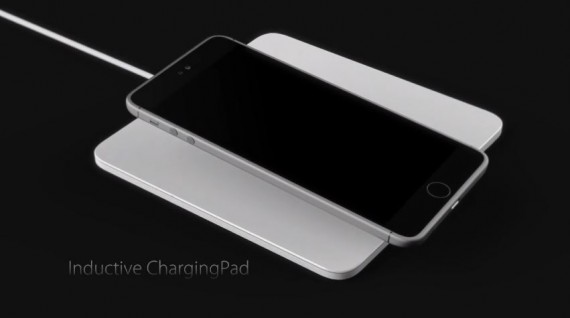 Apple is undeniably one of the most popular (if not the most popular) brands of smartphones in the world. Every time the company releases a new iPhone, the world goes gaga over it. With that said, it's easy to assume that the next Apple iPhone will still get the same enthusiasm from the public. In fact, it may even get more reaction from the crowd more than ever. Rumor has is that the iPhone 8 will be the next "changed" iPhone in line. The most recent iPhone 7 and 7 Plus weren't exactly changed physically as they still look like the iPhone 6 and 6s editions.

Speaking of change in design, rumor has it that the iPhone 8 will come with an OLED curved display. With that said, the iPhone 8 could somewhat resemble the Edge variants of Samsung flagships. The Apple 2017 phone should come up with its own curved look though, and not exactly copy Samsung's iconic appearance.

Furthermore on the iPhone changes, GSM Arena's report has mentioned about Apple's plan to include a red color variant. Although, that report more like talks about a certain iPhone 7S instead of the popularly rumored iPhone 8. Needless to say, it's just as vague of a rumor as most of the past pre-release rumors have been.

As for the iPhone 8's predicted specs, there's also news about the company's decision to ditch the home button. It might have already been made clear to everyone that the company isn't scared of leaving iconic things in the past. We have all seen the fate of the iPhones's 3.5mm jack. With that said, there's a good chance that the rumor pertaining to the removal of the home button is also true. This even aligns with the rumor that the iPhone 8 will have an all-glass body. With that said, the fingerprint sensor and the cameras should also both be embedded under the glass surface.

Do take note however that the next iPhone 8 models might come in multiple variants and only one of which could carry the premium stuff rumored about the flagship device. Nonetheless, rumor has it that the wireless charging speculation about the iPhone 8 is applicable to all variants. However, it will only be the premium iPhone 8 model that's coming in with the wireless charging accessories from the box.

With all of this rumored info about the iPhone 8, it's safe to say that Apple is doing a major "renovation" of their iPhone smartphone. What remains a question though is whether or not the public will be happy about it. Needless to say, it seems pretty obvious that Apple wants them to be. So far this is the most "changed" iPhone ever with all the high-tech features put together. This, of course, is even on top of a super-fast A11 processor.

As of now, it's hard to deny that the Apple iPhone 8 is one exciting flagship to look forward to. It is actually both exciting and interesting. It's interesting to see Apple come up with their most high-tech smartphone ever. It is also interesting to see how much hype this smartphone will get from the market. So far, based on the rumors, the next iPhone is a good one. If it doesn't get priced higher than average, it could actually get more positive responses from people more than ever.