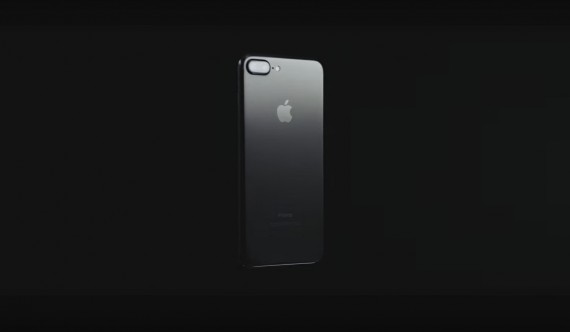 A photo of the Apple iPhone 7. (Photo : Apple/YouTube)

Everyone who is interested in technology has high anticipation on what Apple plans for the 10th anniversary of its iPhone series.

Release Date For The iPhone 7S

Display Screen For The iPhone 7S

The iPhone 7S is strongly believed to feature an OLED screen. About its display resolution, it is said to be 1440 x 2560 pixels, quite a big leap from what the iPhone 7 is sporting. As for its display screen size, there is no specific size, but it is said that there will definitely be a change.

Body Design For The iPhone 7S

There are 3 possible designs for the 7S next year. One is that it will sport a curved glass back, second is a red colored iPhone, and the last one is that classic case design that we are all familiar with. Though the glass design is the most popular belief about what the iPhones of 2017 will feature, there have not yet been any leaked pictures about it.

Platform For The iPhone 7S

About what operating system the iPhone 7S will be running on, fans and critics believe that it will be an iOS 11, given that we're on iOS 10 now. For its chipset, there are 2 possible choices; A11 or A11 Fusion Chip. And lastly, for its RAM, the iPhone 7s is rumored to feature 4 GB RAM.

Price And Features For The iPhone 7S

Will There Be A Color Red iPhone Next Year?

According to the source, the 2017 of Apple's iPhone is rumored to come in red and will retain the same design of the iPhone 7 and iPhone 7 Plus. Also, it will be powered by a faster A11 chip (no official name of the chipset was written). The article then further states that Apple will unveil a third model that will be priced at a higher side than iPhone 7 and will sport a 5.1-inch or 5.2-inch OLED display with invisible home button, all-glass housing, and wireless charging.

Personally, I am much more of a Samsung fan, because all of my phones have been Samsung models. But I think a red iPhone will be sexy as hell to see, regardless of what the specs and features might be. If it will also feature a "glass design" then that would be more seductive. Anyway, the iPhones are great phones to have. If you want to buy an iPhone next year, I think it will be a great idea, because next year will be the mark of the iPhone's 10th anniversary and that is a sure thing that Apple has something great to offer.

The iPhone 8 rumor mill doesn't seem to stop. New reports about it come out everyday.

The iPhone 8 rumor mill is now getting more twisted than ever.

iPhone 7 Is Oficially The Top-Selling Smartphone In The US: There´s Only One Flagship That Can Beat It

The Galaxy Note 7 recall was one of the main reasons why the iPhone 7 achieved the position of the most popular smartphone in the U.S., considering that the Samsung flagship didn't represent any competiton.

Need to Unlock a Disabled iPhone? Here's How to Do It

Forgot your iPhone passcode or it got disabled after so many failed attempts? It happens to the best of us. However, all is not lost. If you don’t have time to visit an Apple technician, there are other ways for you to unlock a disabled iPhone.