The Most Amazing Innovations That Apple Copied From Other Tech Companies 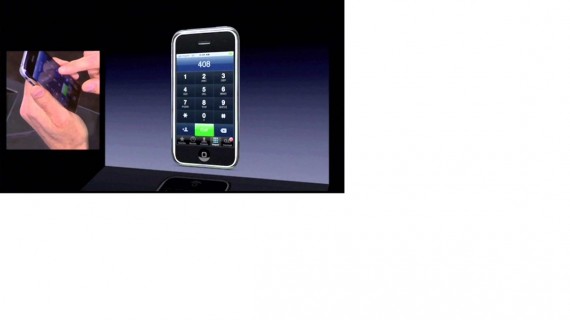 On January 9, 2007 Apple introduced the iPhone. The iPhone was a revolutionary product from Apple and it changed the way smart phones look in work. This video is from MacWorld 2007 were Steve Jobs introduced the original iPhone (1st Gen. / 2G).<br /> (Photo : Jonathan Turetta/YouTube)

Apple is definitely one of the most important tech companies in the history, thanks to several great products that life wouldn't be the same again without. Although there are some amazing devices that have been considered as incredible innovations created by Apple, many of these are actually copies from previous products. Here is a list of the most amazing innovations that Apple copied from other companies.

Tablet: A Product That Was Already Showed Before Apple Imagined It

When Apple release the first tablet (Newton MessagePad 100) in 1993, and some years later released the iPad, everyone thought that there wasn't any tech mastermind that could be compared with the creators and designers that work for Apple since it was amazing how this tech giant usually comes with mind-blowing devices. However, far from being something that came out of the head of some of its employees, the tablet was first envisioned by computer scientist Alan Kay in 1968, as the Dynabook. This product was meant to be a portable computer aimed at children and was conceived as a notebook-size device. Complete with audio and document files in addition to dynamic graphics.

In fact, as it was reported in a previous article, that same year the tablet was showed in the movie 2001. The movie is called A Space Odyssey of Stanley Kubrick, which many believed that it could be inspired by the pioneering paper from Alan Kay. In any case, although it wasn't produced by any of the famous tech companies, it wasn't Apple who thought the tablet first.

Tim Cook announced the Apple Watch on 2014, and when it was released a couple of months after this event, the product became a huge success and another moment in which every customer was impressed by Apple´s greatness in releasing tech innovations that marked a certain turning point. As you might see, this is a great example of how Apple can easily have the credit for every single thing it releases. Though unfair, it's not actually unheard of for companies to take credit for innovations and business ideas not originally theirs.

Believe it or not, the Apple Watch was actually inspired in the Pulsar NLC01, which was the first digital wristwatch that was launched in 1972 by the Hamilton Watch Company. This device had a programmable memory and it was known for being the first "memory bank" watch, being sold for the incredible price of $2,100 .

However, a proper smart watch just as we now in the present, a device that could display date, time and had many functions, were released almost 10 years later by Seiko, which was one of the most famous tech companies back at that time. Also, before the Apple Watch was released the Seiko Data 2000 was already an old product in the market.

Believe It Or Not, The Touchscreen Existed Many Decades Before The iPhone

As it was reported in a previous article, this was probably the most controversial decision that Apple made in any of its product. Touchscreen later became a feature that almost every single device of this kind needed to have to be considered as a modern product. No matter that it was a total failure in every other spec or feature.

Considering that the original iPhone released in 2007 was the first phone to wear a touchscreen, everyone thought that this was an Apple´s innovation, but the truth is that this is something that actually was used a long time ago. Believe it or not, the touchscreen was created in 1965 by EA Johnson at the Royal Radar Establishment, which was not precisely one of the most important tech companies in the history.

Of course, the first finger-driven touchscreen wasn't as great as Apple´s, since it could only read just one touch at a time, and it was a little bit imprecise even at that decade. In fact, the sickening thing about this case is that this touchscreen was used for air traffic control, which obviously seen as something extremely sad considering that this was probably the most important innovation that people believed was started by Apple.

Donald Trump is trying hard to make Apple built its products back in America, to the point in which he´s willing to cut large tax regulations in order to make this happen.