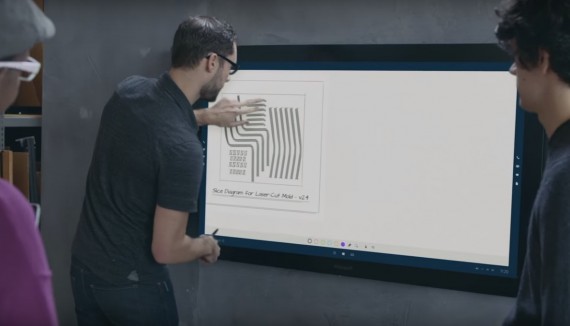 Microsoft's Surface Hub is being presented with a sweet deal to its customers.

In a written article at Computer World, Microsoft is said to be offering companies to test the Surface Hub. For a 30 day trial period, the companies interested in the Surface Hub can use it and see if it is useful enough before paying for it. This offer will be first available in the U.S. and Europe soon, and will eventually be available to Asian countries as well. Of course, it will be a totally different story if the company trying out the Surface Pro will damage the device within that 30 day trial period.

Though this is a great deal for potential customers, this deal is not available to all. This deal is only to be offered to business customers through resellers. According to the article, each business will only be permitted to have 5 Surface Pros for 30 days. There is also said to be a small fee associated with shipping and installation.

For its cameras, it features 2 wide angle 100 degree field of view HD cameras that shoots 1080p@fps. It is backed up by a passive infrared light sensors. The camera sensors also can detect what side of the Surface Hub the user is standing on. It is also capable of giving unobstructed feeds.

For the speakers, both have two front facing speakers. For the microphones, both models have high performance and four element array microphones.

What Can It Do?

Supposing you're in a meeting and you and your team are wrapping it up. The Surface Hub will erase all of its data after every meeting, leaving only the native and installed apps remain. Also, it can let the user project files from his/her laptop's display into the Surface Hub's screen where the user can make edits and notes. It will also automatically save any changes made on the file.

Here are the latest news about the Surface Hub. Click to read more about it and other things.

Microsoft's upcoming gadget the Surface Pro 5 is said to be launched in Spring 2017 with its highly anticipated features and with a host of impressive new specs.

Latest updates about the most anticipated smartphone the Microsoft Surface Phone 2017 massive price and also is set to release and powered by Qualcomm's newest monster chip and the fastest ever.