MacBook Pro Review: Reasons Why You Shouldn´t Buy This Laptop From Apple 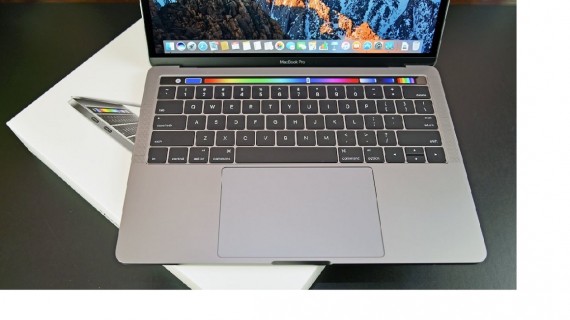 Unboxing and Review of the 2016 MacBook Pro 13" with Touch Bar and Touch ID with a comparison to the baseline model with function keys. <br /> (Photo : DetroitBORG/YouTube)

It is an undeniable fact that the 13 inches Macbook Pro is one of the best devices that Apple released this year, and there are many people who believe that we´re probably talking about one of the best laptops ever launched. However, just like the majority of tech products that you could find on the market, this laptop have some issues that make it worthy of neither your time nor your money. There are some problems that even when it doesn't seem as a tragedy in short term, it would become something extremely annoying in the future. Here are the reasons why you should not waste your money on this laptop.

This Laptop Have A Disappointing Battery Life

Let´s face it, the fact that there some Apple´s laptops that shows a concerning lack of ports is something that fans wouldn't mind so much because there´s always going to be an argument to excuse Apple from any wrong move. In fact, the lack of ports is something that actually wouldn't have to mean a catastrophic event, considering that even the customers could get used to it.

However, the lack of battery life is something unforgivable, and it is one of the biggest problems that this laptop has. Although Apple says that the 13 inches MacBook Pro will run for 10 hours under its testing conditions, many customers have tested it and the reality is far away from that figure. Users have claimed it could only last for over six hours.

In fact, it could even last just five if you open some tabs and use programs at the same time, which is not precisely pushing a device to its limits. Naturally, this means that you don´t have the chance of working for real on this laptop without being connected to a socket. And by the way, another huge problem is that the device becomes extremely sluggish below the 5 percent battery.

The Touch Bar Would Create An Annoying Problem

When the MacBook Pro was released, the most incredible detail was its touch bar, since it has some emojis and virtual keys that you can use wherever you want, just by touching it. Considering that everyone was blind because of the shine of this golden feature, almost no one could see that there was a real problem hidden beneath the greatness: the fact that you can and will accidentally touch the touch bar every single time you´re using this laptop.

Considering how close it is to the keyboard, the natural thing would be that you touch it a lot of times. In fact, if you´re one of those people that like to rest their hands on the keyboard often times, it is impossible to do this with the 13in Macbook Pro because of the touch bar's location. Although it is not likely that it could become another fiasco as the hockey puck mouse, this is something that was announced as the discovery of fire, but it is actually very annoying and unnecessary.

Once again an Apple laptop has ports issues, but this time the real problem is that the USB-C ports are too close together, which means that you won´t be able to put anything wider into them. This is one of the most incredible problems that you can find on this laptop and probably one of the craziest mistakes that Apple has committed.

The most horrible problem with the USB-C port closeness is not only the fact that you will have to use a USB-C to USB-A adapter, but also that this one needs to have the proper cord length in order to attach it next to anything else. Of course, we´re talking about a major issue that everyone who buys this laptop will have to face, and naturally, the price is extremely expensive considering it's not exactly "Holy Grail."

Donald Trump is trying hard to make Apple built its products back in America, to the point in which he´s willing to cut large tax regulations in order to make this happen.