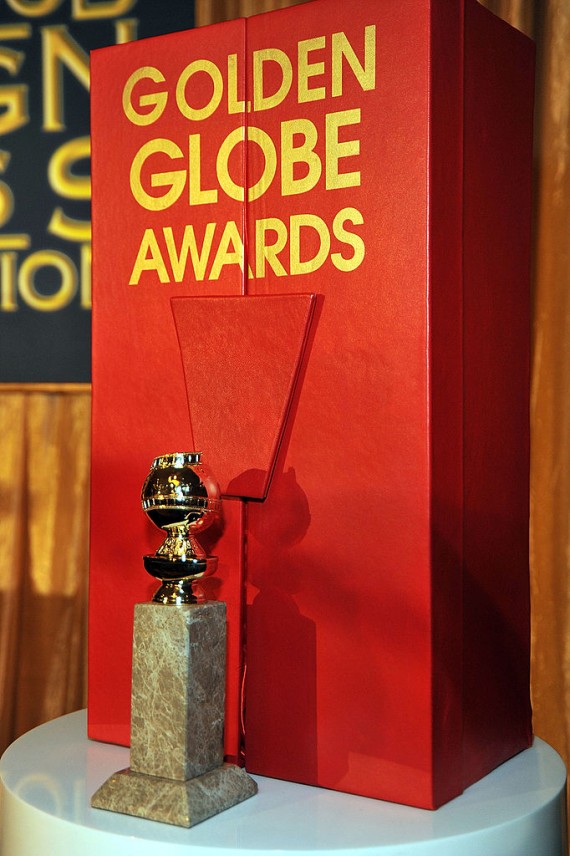 BEVERLY HILLS, CA - JANUARY 06: The new 2009 Golden Globe statuettes are on display during an unveiling by the Hollywood Foreign Press Association at the Beverly Hilton Hotel on January 6, 2009 in Beverly Hills, California. The 66th annual Golden Globe Awards are scheduled for January 11. (Photo : Frazer Harrison/Getty Images)

Debuting just this year with its first season, “Westworld” is making more headlines as it has been nominated for this year’s Golden Globe Awards. The said show will go against hit television series such as “Game of Thrones” and “Stranger Things”. The creators of the sci-fi western series have shared their thoughts on this matter.

“Westworld” has been nominated for the Best Drama TV Series category in the Golden Globe Awards. The said series will be competing for the title with “This Is Us”, “The Crown”, “Stranger Things”, and “Game of Thrones”. Lisa Joy and Jonathan Nolan were asked about how they felt being nominated and going against fellow HBO series runner, “Game of Thrones”.

“Westworld” star Evan Rachel Wood has been nominated for the category Best Actress in a Drama TV Series. She will be vying for the said award against Clair Foy from “The Crown”, Keri Russell from “The Americans”, Winona Ryder from “Stranger Things”, and Caitriona Balfe from “Outlander”. Meanwhile, Thandie Newton has been nominated for Best Performance by an Actress in a Supporting Role in a Series, Limited Series, or Motion Picture Made for Television for her stellar and liberating role as Maeve in “Westworld”.

On the matter of how they felt about being placed against another HBO series, namely “Game of Thrones”, Nolan voiced out how it was an honor for them. He emphasized that no series actually competes with “Game of Thrones” and with their series “Westworld” being compared to, let alone being mentioned in the same sentence with the other HBO show, already makes them ecstatic. “Game of Thrones” played an essential role in molding “Westworld” and getting it pushed through HBO. Nolan and Joy have admitted earlier that the said George R.R. Martin novel adaptation series was a huge influence on how they made and produced their new western science fiction series.

Meanwhile, Joy commented on the fact that “Westworld” is also competing with the Netflix breakthrough series, “Stranger Things”. According to her, she feels happy about it and honestly also roots for the series because she’s a big fan of the Netflix series as well as the other nominated drama television series. Meanwhile, other notable nominations include the “Deadpool” movie that has nominated for Best Musical or Comedy Motion Picture and the theme song from the Disney movie, “Moana” titled “How Far I’ll Go”, nominated for Best Original Song. The Golden Globe Awards ceremony will take place on Jan. 8, 2017.

“Westworld” Season 1 just ended this year and a second season has been confirmed to be released sometime in 2018. Netflix series, “Stranger Things” has prepared nine episodes for its upcoming second season, which will be aired in 2017. Lastly, the HBO hit series, “Game of Thrones” will finally be coming back for Season 7, which is set to release in 2017 as well.

"Westworld" creators, Jonathan Nolan and Lisa Joy share their thoughts on how "Game of Thrones" played a big part in helping the new scifi western series turn into another HBO smash hit.