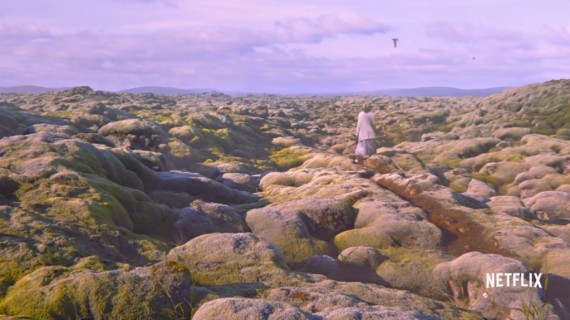 Netflix has just dropped a new trailer for its upcoming new original series, "The OA". Watch the trailer here and find out why it reminds fans of "Stranger Things". (Photo : Netflix US & Canada/YouTube)

Netflix has just introduced another new original series titled “The OA”. The drama mystery series is set to release soon this month. As the streaming site released teasers for the said upcoming shows, fans can’t help but feel like it has a similar vibe as “Stranger Things”.

Netflix has revealed that the story of the new upcoming series “The OA” centers on a woman named Prairie Johnson. Apparently, she resurfaces after she has gone missing for seven long years. Miraculously, she returned with her eyesight restored as she used to be blind when she disappeared.

The latest trailer for “The OA” gave viewers a glimpse of the first season. The series takes viewers to the events before, during, and after the disappearance of Praire Johnson as she recollects her memories. It revealed a mystifying truth that she knew and remembered everything that happened despite being blind.

The trailer was released by Netflix on their official Twitter account captioned with “Trust the unknown.” They have also dropped several hints prior to the release of the trailer to tease the series. Netflix has posted and asked fans if they have seen the light, darkness, and even death as part of their promotions for “The OA”.

Fans and viewers alike can’t help but see the resemblance of “The OA” with “Stranger Things”, which is another Netflix original series. “Stranger Things” is a science fiction mystery that centers also on the unknown. The said series have been widely received and have been extremely popular thanks to its thrilling plot. Donning the similar musical composition in the revealed trailer, fans would be reminded of the series that starred Eleven and her four earthling friends.

With such hype and resemblance, fans are hoping that “The OA” will be as good as “Stranger Things”. “Stranger Things” was a breakthrough series that has attracted millions of viewers. With just debuting this year, it has already garnered nominations at the upcoming Golden Globe Awards including one for Best TV Drama Series, pitting the series against HBO shows, "Westworld" and "Game of Thrones". “Stranger Things” has also been slated for the second season, which will be released soon.

The said new Netflix mystery series was created and written by Brit Marling and Zal Batmanglij, with the latter taking the directorship role. Brit Marling is an American actress and screenwriter who have produced a lot of films for documentaries and for television. She is highly known for her works with “I Origins”, “Another Earth”, and “The East”. She has started in the entertainment industry in 2007.

Meanwhile, Zat Batmanglij, who is a new name in the entertainment industry after making his debut in 2011, is an American director and screenwriter. He directed and co-wrote “Sound of My Voice”, a movie that premiered in 2011 and that made it into the Sundance Film Festival. He also worked on “The East” with Marling, which was released in 2013. Other works credited to Batmanglj are the third and fourth episodes of the first season of the "Wayward Pines" series.

“The OA” boasts a huge cast led by main characters portrayed by Brit Marling herself, Emory Cohen, Scott Wilson, Phylllis Smith, Jason Isaacs, Nikolai Nikolaeff, and Alice Krige. The series is set to make its premiere on Netflix on Dec. 16 with the first season consisting of eight one-hour long episodes.

Netflix has finally announced the release date for "Sense8" Season 2. Find out when and more about a special they're brewing up for fans.

Executive producer Shawn Levy of "Stranger Things" has revealed that Barb won't be coming back to the Netflix show and explained why.

'Stranger Things' Season 2 Set To Be Darker And Disturbing

It has been revealed that new season of Netflix series, "Stranger Things" will be bigger, darker, and scarier.