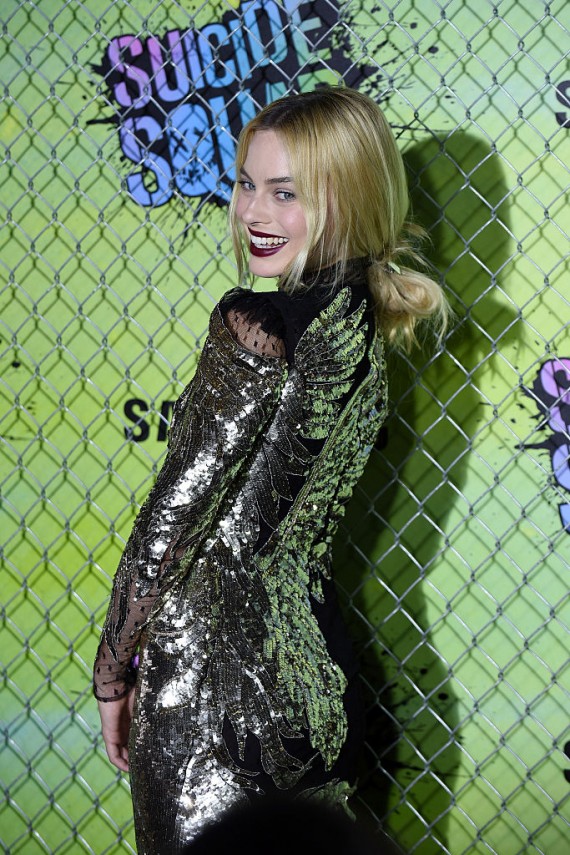 As if Warner Bros. Pictures does not have their hands full with all the upcoming DC films they are working on, it has just been reported that another DC movie is actually in the making. It has been revealed that another movie starring DC villains is in the progress and it seems like Margot Robbie will be coming back for the said production.

In September 2016, it was announced that Warner Bros. had plans to create a film that will focus on Harleen Quinzel, also known as Harley Quinn, a DC villain character portrayed by Margot Robbie. These plans, however, were finally affirmed when news came out that “Suicide Squad” director David Ayer has teamed up with Robbie for the production of the said movie. The upcoming film has been officially titled, “Gotham City Sirens” and will be featuring an all-female roster of villains from the DC Universe.

“Gotham City Sirens” is a comic book series written by Paul Dini that centers on three particular female DC villains, namely Catwoman, Poison Ivy, and Harley Quinn. The said comics was published from June 2009 until August 2011 with 26 issues. With that said, fans are expecting that Catwoman and Poison Ivy will be in the new upcoming Warner Bros. film.

Though the said villain star in the show, they also face off with other villains and fans are hoping to see more new DC characters finally being introduced into motion pictures. Some have pointed out hoping to see Huntress, Starling, Black Canary, and Barbara Gordon. Katana might also be in the spinoff but that has to be confirmed. Karen Fukuhara, who portrayed the role of Katana or Tatsu Yamashiro in "Suicide Squad" has shown interest in making a separate spinoff movie for Katana to explore her roots. With other upcoming DC movies slated to release soon, fans might just see Batman or even Wonder Woman even in the said spinoff.

Nothing else has been revealed about the sequel except speculations from fans. Aside from “Gotham City Sirens”, another spinoff has been revealed. Just this month, the studio has announced that they will also be producing another solo film that will focus on Will Smith’s character, Deadshot, also known as Floyd Lawton. With a “Suicide Squad” sequel reportedly also in the works and a lot of other DC movies lined up, it seems like the new femme fatale movie and Deadshot movie will not be making its way to cinemas any sooner.

Warner Bros. Entertainment clearly boasts a powerful lineup of upcoming films with all the DC-themed productions it is working on. After starting off with “Man of Steel” in 2013, it followed the movie with “Batman vs. Superman: Dawn of Justice” and “Suicide Squad” in 2016. Both 2016 DC movies were met with mixed reactions and fans are hoping that the next ones featuring other DC heroes will be better.

“Wonder Woman”, starring Gal Gadot and Chris Pine, is slated to release in the United States on June 2, 2017. It will be available in 3D and IMAX as well as in conventional formats. The anticipated first “Justice League” film, starring Ben Affleck, Herny Cavil, Ray Fisher, Gal Gadot, Ciaran Hinds, Ezra Miller, and Jason Momoa, is set to release in the U.S. on Nov. 7, 2017. Solo movies starring The Flash, Aquaman, Shazam, Cyborg, and the Green Lantern Corps are planned to make their respective debuts from 2018 until 2020.

The sequel to the upcoming "Justice League" movie has been delayed to give way to Ben Affleck's new "Batman" movie.

Creator of The CW DC television series, "Supergirl" says more new DC characters might grace the series in the future. Fans also voice out their concerns on why J'onn J'onzz and Superman were not in the DC crossover special.

The CW, DC Series Crossover Has Fans Hyped; 'Supergirl,' 'The Flash,' And 'Green Arrow' Team Up

The alien invasion has started and the superheroes from The CW-DC television series have decided to team up to save the world. Find out the schedule when to catch "Supergirl," "The Flash," "Green Arrow," and "White Canary."

At long last, the next character to arrive to Injustice 2 named Sub-Zero has received an official release date. Check it out!

Actress Gal Gadot reportedly received a smaller payment for her role in "Wonder Woman" compared to her co-stars but it seems like the exact details about this have been exaggerated.

"Wonder Woman" continues to wow fans as the movie premieres on various dates all over the world.