Reasons Why iPhone 8 Will Be Great 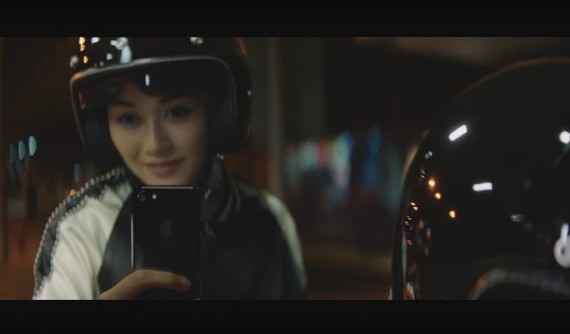 A photo of a woman holding the iPhone 7 (Photo : Apple/YouTube)

The iPhone 8 Will Have A New Name?

According to the video source, the iPhone 8 will have a new name. Why? Because technically, 2017 will be the iPhone's 10th anniversary and there is a big chance that Apple could do something different to commemorate the 10-year anniversary.

There have been many talks about how many iPhone models will be launched next year. The most common names being thrown out there are the iPhone 7S, iPhone 7S Pro, iPhone 8 and iPhone 8 Plus. However, as we are nearing iPhone's 10th anniversary, fans and critics have been able to narrow it down into 3 models: iPhone 8, iPhone 8 Plus, and an unnamed exclusive flagship model.

What Is The Unnamed Exclusive Flagship Model?

Specs And Features Of The Unnamed Model

It is rumored that this device will be smaller compared to the iPhone 8 and iPhone 8 Plus. It will have a 5.2 inch of usable space, organic display, superior contrast ratio, superior black colors, it won't have a backlight, and lastly, it features a curved display. Almost forgot, it also has a "bendable" or "folding" feature.

The iPhone 8 Will Not Have A Home Button

The Unnamed Model Will Be Expensive

The unnamed model will represent that best of the best of what Apple can offer. Knowing this, people can definitely expect the price tag reach close to $1,000. This is where the "exclusive flagship model" comes in place.

The iPhone 8 Will Have Wireless Charging

Here is a list of the top earphones and earbuds for 2016.

Apple iPhone 7 Vs Oppo F1 Plus: Battle Between Branding And Pricing

There are a lot of amazing handsets out there that truly offer some quality performance for every user's convenience. OPPO's F1 Plus looks pretty similar towards Apple's iPhone 7. They have been put through a design comparison and their similarities are very shocking, to say the least.