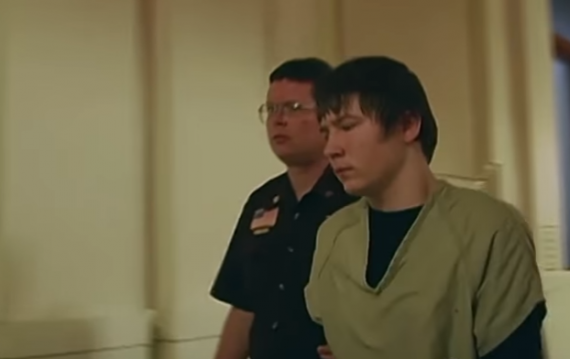 Reports have it that Brendan Dassey will be released this Friday, leaving behind Steven Avery, who is suspected to be framed by sheriffs. (Photo : ABCNews/YouTube)

Netflix is impeccably doing a great job following the premiere of “Making a Murderer.” The documentary follows the controversial case of Steven Avery and his nephew Brendan Dassey that led to their wrongful conviction of rape and murder of photographer Teresa Halbach. The giant streaming company’s intensive research on the turn of events and their powerful exposure of the big revelations in and out of prison are crucial contributors in the forthcoming freedom of the accused subjects.

Brendan Dassey To Be Released This Friday

Interestingly, Dassey is scheduled to be freed from several years of imprisonment according to latest reports. A source confirmed that Dassey is going to be released no later than Friday night after a judge turned down the state's appeal to block his discharge.

It is said that the state of Wisconsin recently filed a motion to keep Dassey in prison while the appeal for his dismissal is not yet final. The judge vehemently denied the state's motion, saying that the prosecutors were merely replicating the same claims the court had already refused.

This is one great news to Dassey, his family and his supporters. Finally, he’ll switch back to a place where he really belongs that will nurture his full potentials - the outside world.

Did The Cops Plant The Evidence Against Steven Avery?
Meanwhile, Steven Avery’s delayed exit from prison is believed to be caused by many factors. The outdated methods of evidence testing is one and as latest reports have it, “lawyers Jerry Buting and Dean Strang suspected four sheriff's at Manitowoc County of being involved in an evidence-fabrication scheme against Avery, pretrial court transcripts show. Two were detectives James Lenk and Dave Remiker. The others were then-Sheriff Ken Petersen and Sgt. Andrew Colborn.”

"In most of these evidence-planting cases, it's one or two guys," Buting said in an interview.

"The whole idea that it would need to take almost the whole department is not borne out by the history of planting in other law enforcement cases that have been documented," he added.

Records show that between 2005 and 2012, 169 cases of police officials around the country were found guilty of evidence tampering crimes, 34 of them were involved in violent crimes such as homicides.

Should the allegations against the sheriffs prove true, Avery’s chances of embracing his normal life outside of cells will be higher than ever.

To recall, a legal agreement will start anytime soon that will conduct an independent scientific testing on several relevant evidence. Kathleen Zellner, Avery’s attorney, who specializes in wrongful convictions appreciated the signed agreement and described the legal action of the judge as "helpful in expediting these tests."

A 1996 blood sample of Avery, a spare key of Halbach's car found in Avery's bedroom, and the swab from the hood latch of Halbach's vehicle that generated a DNA profile for Avery are the pieces of evidence that will be tested.

These steps are helpful in his release. Even his former legal counsel were notably “excited” on his acquittal. According to Buting, “Probably over 100 scientists all over the world between the two of us contacted us [after the documentary] and said ‘Hey, you know there’s new tests you can do. Some of it was just, oh our ability to detect (chemical preservative) EDTA, chemical tests have been refined but some of the more interesting ones were these scientists with things like radiocarbon dating and DNA ageing where you can actually look at somebody’s sample of blood maybe a month or a year ago and distinguish it from their blood right now.”

Strang emphasized that the new techniques can prove that the blood found in the victim's car may pre-date the murder.

"If it turns out that the blood in the Toyota is older than the car itself — is 10 years older than the time at which it's found... then that's also good at getting us to the truth and it also will mean not only a new trial I think for Steven Avery but the likelihood that he walks free.”

Avery is hoping that his fate will be same as Dassey. Who knows, the court will overturn his conviction?

‘Making A Murderer’ Latest Updates: Why Steven Avery & Brendan Dassey’s Freedom Will Never Be Their Own

The freedom of "Making A Murderer's" Steven Avery and Brendan Dassey is tangled with controversies and long processes of new tests.

Steven Avery maintains his innocence in the murder of Teresa Halbach and Netflix's "Making a Murderer" plays a crucial role in exposing the truth.

"Making A Murderer" Season 2 will see the return of Steven Avery's famous legal defense in Dean Strang and Jerry Buting that will help him prove his innocence.

Netflix Reveals 'The Keepers'; Is This The New 'Making A Murderer'?

Netflix has revealed the full trailer for "The Keepers", a new documentary series that revolves around the mysterious death of a nun.

"Making a Murderer's" Brendan Dassey might have to stay in prison for a little longer as reports reveal that the court recently heard that he was not forced to confess to the murder. The appeal on his acquittal will be heard this week.

“Making a Murderer” season 2 is a sure thing although the release date for the documentary series is not yet known. A Netflix representative revealed some plans for the upcoming installment.

Alyssa Milano finally speaks up against bashers on Twitter who criticized her use of a crocheted mask they deem 'un-safe'. More artists wearing such DIY masks emerge.