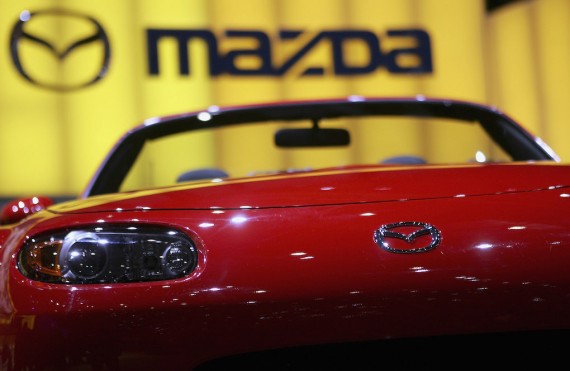 2016 has truly been a wonderful and promising year for both consumers and the automotive industry. New technologies that improve fuel economy and safety have started a trend that will continue to move forward for years to come. (Photo : Photo by Bruno Vincent/Getty Images)

As we end the year 2016, let us do a quick review of the most popular automotive news that made an impression. New cars and more news will definitely come next year, but we simply cannot move forward without discussing what transpired this year. We discuss the top 10 picks of consumers and the best high-tech cars of 2016.

Different media outlets and safety analysts such as Consumer Reports have rated the most road-worthy vehicles based on performance, reliability, owner satisfaction, and most of all, safety. The Honda Fit took the top spot as the Best subcompact car. The Fit is one of the best cars that first-time car owners can have. It gets an economical 33 miles per gallon with its combined city and highway rating, which also make it perfect for those who are tight with their budget. The remarkable interior space makes it great for travel and it can accommodate up to four of your friends or family to join you on your road trip.

Subaru was named as the best compact car for its Impreza and best small SUV for the Forester. Both vehicles offer large enough space for your friends and family and huge cargo spaces. Power is no question for either of these vehicles, as Subaru has always been known for producing near-perfect power to weight ratio with their cars.

The Toyota Camry is recognized as the best midsize car and the Toyota Sienna as the best minivan. Both vehicles reached the top of their class by answering to customers needs. The Camry offers a luxurious yet economical drive while the minivan offers space that is large enough to fit your entire family without compromising the power. Both are good buys depending on the lifestyle you choose.

For sports car fans on a tight budget, nothing beats the Mazda MX-5 Miata. This roadster, despite its size, has proven that it can go head-to-head with bigger machines on the racetrack. Its compact size allows it to grip corners better than any V8 powered car. It may be underpowered, but that just makes it more fun for tuners and enthusiasts as it allows them to modify the car as they please. All of that and more make the Miata the best sports car under $40,000 dollars.

It's Not Always Rainbows And Butterflies

In addition to the best cars of 2016, there was also some bad news that hit us for the year. Volkswagen announced this year that tens of thousands of job will be cut by the company in attempts to save their brand from the diesel scandal they were involved with in 2015. Major car companies like Toyota, BMW, Tesla and even Ferrari have been affected by defective airbags built by the Takata Corporation. The Toyota Sienna, which we named as the best minivan for 2016, also had issues in the past. Toyota had to recall at least 800,000 minivans from previous models due to defective sliding doors. There were minimal fatalities with these issues; fortunately, almost every car brand is working in developing safety systems to avoid further accidents and fatalities.

Efforts To Make The Road A Safer Place And Accident-Free

The NHTSA issued requests to major phone companies to create an operating system or app that helps drivers focus on the road instead of their mobile devices. This is due to the fact that distracted drivers caused most road accidents. Several organizations have also requested for the US Department of Transportation to issue a mandate to car companies to install automatic braking system and sensors to all new vehicles in an attempt to prevent accidents due to front-end collisions. Newer cars are being packed and equipped with technology that will make the road a safer place for all users. 2017 will definitely have more in stored for us. For now, we can only hope that it will all be good news for the New Year.

Elon Musk, CEO of the SpaceX program and Tesla Motors, along with Travis Kalanick, CEO of Uber, was just appointed with advisory roles for Donald Trump. How will this decision affect the car industry?

The evolution of ride-hailing services is advancing with companies like Uber and BMW’s ReachNow program. These companies are reaching more locations, this time, introducing autonomous vehicles to their arsenal of cars.

The 2018 Camry offers two conventional gasoline engines, both of them substantially more powerful and fuel-efficient than last year. And Toyota has managed this without resorting to downsized turbocharged engines.

The Battle Is On! Nissan GT-R Versus Mazda MX-5 MIATA: Who Holds The Upper Hand?

The New York Auto Show anchors the end of a long and torrid show season. Two of the greatest Japanese road beasts, Mazda MX-5 Miata and Nissan GT-R battle it out to determine which one reigns supreme.

Toyota Camry Hailed As The Most Reliable Car In The Market

J.D. Power and Associates' Influential Vehicle Dependability Study has shown and confirmed that the car with the fewest owner-related problems since 2015 is the Toyota Camry, with 76 reported problems per 100 vehicles.