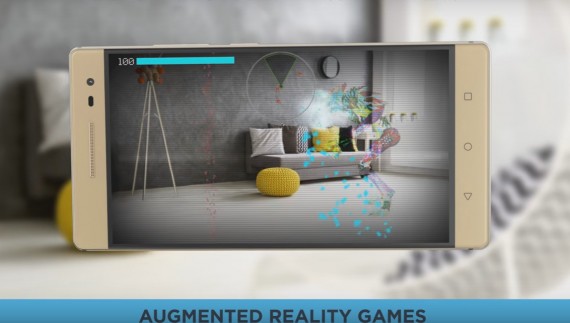 This is a comparison article of the specs and features between the Augmented Reality Lenovo Phab 2 Pro phone and the Fast Wonder Shutter Sony Xperia XZ.

I personally prefer the phone close to the body weight of 145-150 g. But in this case, given that the Lenovo Phab 2 Pro is quite a large phone, I will base it on its size, color designs and how it looks like. I think I will go with the Lenovo Phab 2 Pro. It looks better, but I kind of wish it was a little bit smaller, just enough to fit inside the pockets of my jeans.

Having a protected display screen is important. However, I also like big screens for gaming, reading PDFs, watching videos and texting. I will give this round to the Lenovo Phab 2 Pro.

Though we haven't yet talked about the features of the Lenovo Phab 2 Pro, it is kind of surprising that it sports an underwhelming processor. I mean, the "Tango" technology is something that requires high powered performance chipset. This round goes to the Sony Xperia XZ.

There is only one feature worth talking about. It is the Tango feature of the Lenovo Phab 2 Pro. This feature lets the user experience augmented reality. However, based on the video samples, when the app if pushed to its limits, it crashes down and sometimes if it doesn't, the images get a little tricky - if you know what I mean.

The tally is Lenovo Phab 2 Pro with 4 wins and the Sony Xperia XZ with 5 wins. To be honest, I did not expect that it will be a close battle. But if we include the price tags, the Sony Xperia will have another win. Though many praises that Lenovo Phab 2 for its augmented reality feature and labels it as an "experimental phone," I really believe that it is a phone worth having.

Lenovo Phab 2 Pro vs Vivo V5: Which Is Better?

Here is a quick comparison between the Lenovo Phab 2 Pro and Vivo V5. Click to know all the details.

Lenovo Phab 2 Pro vs Google Pixel: Which Is Better?

Here are the dates, prices, specs and features comparison between the Lenovo Phab 2 Pro and the Google Pixel.

Here is a quick review of the Lenovo Phab 2 Pro. Click to know everything about its price, specs and features.