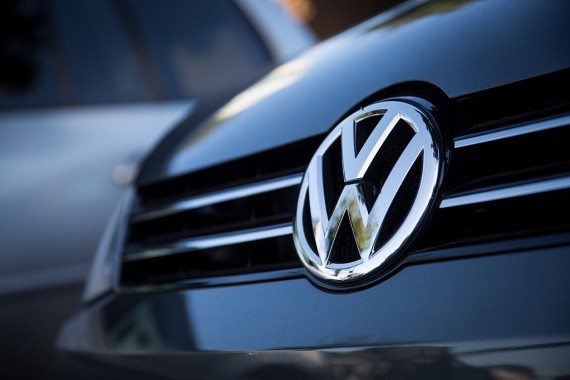 Volkswagen, with a scandal dating back to 2015, still not done recalling all affected vehicles and still have court hearings scheduled. Despite all issues, VW is still gaining in sales.<br /> <br /> (Photo : Photo by Rob Stothard/Getty Images)

United States district judge Charles Bayer planned to hear if the Volkswagen Group, United States regulators and vehicle owner lawyers have reached a conclusion for the remaining 80,000 cars that have been involved in the VW and Audi diesel scandal. Volkswagen admitted to installing cheat devices to some of their model vehicles to pass emission testing and regulations. The scandal, which broke out in September 2015, may be a long way to getting resolved for now.

No More Cheating From Volkswagen, Or Any Other Car Brand

The settlement talks were to focus on what to do with the 80,000 three liter vehicles that were programmed to cheat emission testing. Robert Giuffra, Volkswagen's lawyer, said that the company believes it can recall and fix the vehicles without any effect on the performance. Volkswagen previously reached a settlement that gives the affected vehicle owners the option to have the company buy back their cars, regardless of condition, for the full trade-in amount. Or the owners can also have the company just pay for the repairs.

However, United States regulators have not approved any repairs yet but still mandate Volkswagen to pay the affected car owners an amount of $5,100 dollars up to $10,000 dollars each depending on the condition of the car. This decision is regardless if the vehicle was bought prior to September 18, 2015. Up to date, Volkswagen has agreed to spend up to $15 billion dollars for consumer compensation.

Volkswagen allotted $2.7 billion dollars from the settlement for unspecified environmental mitigation and allotted $2 billion dollars for the promotion of zero-emissions vehicles. The scandal has hurt the German automaker's reputation and sales ever since the news broke out. A separate $1.2 billion dollar deal with the United States dealers and still have possibilities to lose billions more from fines and possible criminal charges.

The Market Trends Shows The True Value Of The VW Brand

Fortunately for Volkswagen, they are still gaining a lot of support even with the scandal. Analysts predicted that it would take years for the German company to reach their former glory. Data sheet shows otherwise as sales figures seem to go back up quicker than anyone could have anticipated. Volkswagen sold 7.9 percent more vehicles in November than last year. Volkswagen, including its branches Audi, Skoda and Seat was able to sell 899,400 units worldwide. China was a major factor as the country is the companies biggest market.

Volkswagen Quickly Stands After The Stumble

Since the September 2015 diesel scandal, sales even went up to 3.1 percent for the past 11 months of this year. The Volkswagen sales figure seem to puzzle its competitors, as it was truly unexpected for Volkswagen to quickly get back on its feet. The company's success in sales despite conditions may have come from over 70 years of great customer experience. Volkswagen enthusiasts know how reliable their vehicles are and this may have been a major factor for the increased sales value that the company just needed to regain control of the situation.

2016 has truly been a wonderful and promising year for both consumers and the automotive industry. New technologies that improve fuel economy and safety have started a trend that will continue to move forward.

Japanese company, Takata, is in deeper trouble as more car brands are added to the list of defective airbags that has caused at least 16 fatalities worldwide. Among the car brands are McLaren and Ferrari.