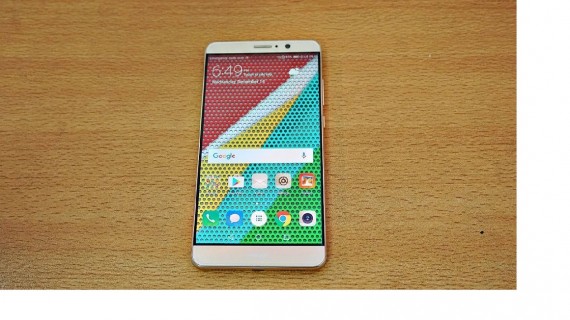 Huawei´s boss recently told that the company´s main goal is to become the biggest smartphone maker in the world, by beating Apple in two years and Samsung by 2020. Could this actually happen? (Photo : XEETECHCARE/YouTube)

January 6 is the release date of the Huawei Mate 9 in the U.S., and believe it or not, it could be one of the most historical moments in smartphone´s history, since this presents the highly-anticipated arrival of the most important Chinese phone brand to a nation that is totally ruled by the Apple. Naturally, this would mean a rough competition that even when many believe that the Mate 9 doesn't have a chance, there are reasons to think that it could actually beat the Apple´s flagship. Here are the most important.

Huawei Is The Biggest Competitor Of Apple Right Now

Although the statistics might show that the biggest competitor of Apple is Samsung, this wouldn't be the case in 2017. Don´t get me wrong, the South Korean company remains as the biggest smartphone maker in the world, but its reputation is so damaged because of the Note 7 recall that it going up against Apple in such a weak moment is difficult.

Given this situation, the competitor that could be the biggest threat for the iPhone 8 is the Mate 9, since Huawei is the third-largest smartphone maker in the world and a company that have increased its power so much in the last months that its chief told that the main objective was to overcome Apple in just two years.

Huawei just simply took advantage of Samsung´s misstep, and now that is going to be a new player in the U.S. market, the Mate 9 is in the spotlight. Naturally, this phone is expected to have a good reception despite the previous reports that assured that Huawei devices were trying to spy the Americans.

The Mate 9 Is An Outstanding Phone

In addition to the first reason why the Mate 9 could beat the iPhone 8, another one that is extremely important is that we´re talking about a mobile device that offers great specs and features that customers would absolutely love, and also have the most important detail of all: it's cheaper.

Huawei has always been characterized for offering almost the same that you can find on any flagship, with the difference that it´s less expensive. This is the strategy that made it conquer the African and Latin American market, while in other parts as Europe it´s already an important and reliable smartphone brand.

As it was reported in a previous review, the Mate 9 wears a lot of specs and features that the American customers will love, considering that it has an outstanding battery life and a camera that would blow everybody´s mind. While the iPhone 8 is expected to be priced around $1,200, the Mate 9 might cost around $750, which is almost half the price.

Being A New Brand That Is Already Famous

If you combine this reason with the last two, you will realize that watching the Mate 9 beating the iPhone 8 next year is a good thing - a bad thing if you're an Apple fan- since this is a smartphone that will be released with the huge plus of being a new player on the block that everyone already knows.

Some years ago, the former CIA chief explained that Huawei´s networking equipment was used to spy the American customers, which was a huge controversy that forced the company to leave the U.S. Considering that there´s no such thing as bad publicity, this background is more than enough to make the Mate 9 something more than just a simple smartphone for many customers.

In addition to the fact that everyone´s loving this mobile device right now, the Mate 9 becomes a phone that the American users would want to give a try. Of course, if you add to this mix that its cost is quite cheap when comparing it with other famous brands as Samsung or Apple, the sales of the Mate 9 could be more than enough to put the iPhone 8 sales in serious danger.

iPhone 8 Rumors: Apple´s Next Flagship Could Come With A Radical New Design; Plastic

The iPhone 8 is one of the most expected smartphones for 2017, since it´s believed that it could be one of the greatest mobile devices ever. The iPhone 8 would be priced around $1200.

Xiaomi Smartphones Will Finally Get The Android 7.0 Nougat-Based MIUI 9: Here´s Everything You Need To Know

Xiaomi is one of the main competitors of Huawei, and with this software update this company could now be able to achieve the goal of being the most popular Chinese smartphone.

The iPhone 8 is expected to be one of the most incredible products in Apple´s history, since this will be a flagship which intention is to commemorate the 10th anniversary of the first iPhone.