How Advanced Is The AI Assistant Mark Zuckerberg Built For His Home? 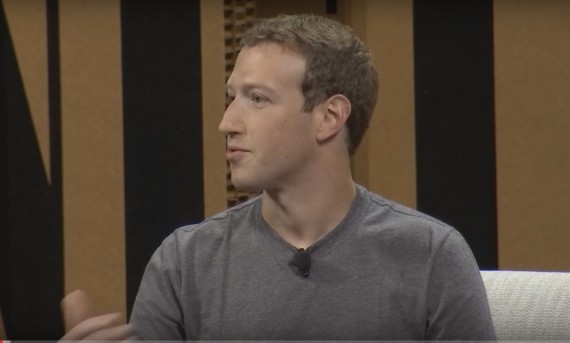 Facebook's CEO Mark Zuckerberg is involved in a personal coding project to create an AI assistant able to make toast, play music and much more.

According to Fast Company, Zuckerberg announced last January that he planned to create an AI assistant for his home. The Facebook's CEO uses to give himself a personal growth challenge each year and building the AI digital assistant is his latest challenge.

Zuckerberg explained the details of his project on a blog post published on his Facebook page. He said that the AI assistant for his home is build by using Facebook tools. The project is an exciting exploration of the AI state of the art technology.

According to Zuckerberg, the emerging AI technology is an essential field to Facebook's future. The AI assistant project forced the Facebook's CEO to refresh his programming skills command with the company's processes and tools. This task has reconnected Zuckerberg to the daily experience of the engineering culture of his company and the thousands of engineers he manages.

Lessons Of The Jarvis AI Project

According to USA Today, Zuckerberg's personal AI project demonstrates that artificial intelligence is moving into our homes and it is not anymore the domain of science fiction. The Facebook founder and CEO has been inspired to build his smart system by the character Jarvis from the movie "Iron Man." Zuckerberg updated his followers on Monday, Dec. 19, about the project's progress.

Zuckerberg wanted that the Jarvis project will allow him to use his voice to control everything in his house, from the temperature and lights to music. He also wanted Jarvis to be able to recognize his friends and open the front gate for them. The Jarvis project is like Zuckerberg's homemade version of Google's Home or Amazon's Alexa service.

Zuckerberg said that his simple AI is able to communicate via the computer and phone and control his home, including security, music, appliances, temperature and lights. The AI assistant can learn new words and concepts as well as Zuckerberg's tastes and patterns.

Facebook CEO's AI assistant is one more proof that artificial intelligence is increasingly climbing behind the nudging smartphones and the wheel of driverless cars. The technology is getting smarter by delivering relevant information without being prompted.

Zuckerberg said that one of the biggest challenges he faced has been connecting all of his home devices. He had to write code first in order to connect all the different systems that speak different programming languages. Another issue he had to overcome was the fact that most appliances aren't connected to the Internet yet.

The founder and CEO of Facebook spent between 100 and 150 hours on his home project over the last year. This personal project made Zuckerberg come to the conclusion that in order that assistants like Jarvis to be able to control everything in homes for more people, the industry needs to develop common APIs and standard to facilitate communication between various devices and we need more devices to be connected to the Internet of Things. The technology for building a digital personal assistant catering users' needs in all kind of ways from understanding to executing the command is not there yet.

Who Is Going To Win Artificial Intelligence Race?

While major tech companies are in a race to develop real-life artificial intelligence applications, self-aware AI might come sooner than you think.