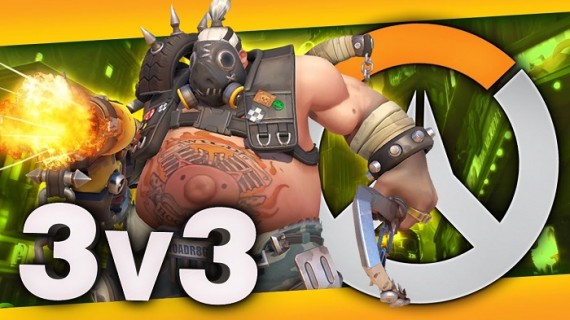 Overwatch success is said to come from the tremendous support and passion of the players. (Photo : Sjin/YouTube)

One of new game modes in Overwatch is the 3 vs. 3 Elimination, which was introduced back in November. Apparently, it revolutionizes the way players see team composition. One is the fact that in each round, death is the end. So, as much as possible, you need to maximize your chosen hero to a certain extent.

The idea in the aforementioned mode is to come up with a team that can dominate the opposing group. And mind you, players here need to stay together and move as one. Otherwise, it would be near impossible for them to win even a single match. If you're looking to level up your gaming ante here, then continue reading. This guide will teach you what team compositions are best when it comes to this mode.

Roadhog here, like in normal Overwatch matches, will work as the tank. But you need to ensure that the player who uses it has concrete knowledge when it comes to using this hero. He must know when to accurately throw the hook. More importantly, he must always be there as the team's walking shield. Solider: 76, on the other hand, will be good DPS provider. He can make any enemy bend on their knees along as they know what to do exactly. Lastly, Ana will play the support. The coolest thing about here though is the presence of her ultimate, which can boost the affected hero for greater good.

Like the one mentioned above, Roadhog is a better pick among the selection of tank heroes in Overwatch. Heck, he can even heal himself, as long as he finds the right location. Pharah will then work as the kill initiator, taking out enemies from up in the sky. If the opportunity presents, he can knock them out and put them to sleep on a hill or something. As for Mercy, there's no question asked. She's a great support to have and can revive the team in a blink of an eye.

Reinhardt's hammer alone is a living proof that can clear any mess in front of him. He can deliver massive attacks, especially when boosted by Ana's ultimate, on the other way around, is a nice support to use especially if killing is your play. She can easily put an enemy to sleep and drop a biotic grenade, which heals allies and damages enemies. Moreover, Soldier: 76 can be there to deliver heavy blows. And his ultimate? Dude, it can clean 3 nemesis all at once.

If you want an active and effective team, then this line up is the choice to have in Overwatch. Zenyatta's orb of discord can give McCree a huge lift in taking out enemies. Remember, though, that the cowboy isn't exactly effective in long range. So, as much as possible, stick with hero than can do a marvelous job in the game. As for Roadhog, it pays to have good hook accuracy.

What are your thoughts on this Overwatch guide? Which team is your least and most favorite? Any other team compositions you can share? Let us know what you're thinking at the comment section below!

New Overwatch Heroes Doomfist, Soundquake: Who Are They?

Doomfist and Soundquake are two of the new Overwatch heroes expected to arrive soon. For now, here's who they are!

Want to know more about Jeff Kaplan, the director of Overwatch? Check out these 5 facts about him here!

There’s a brand new map that comes with the Overwatch latest update. Its patch note also details some of the balance changes done on Reaper and Roadhog.