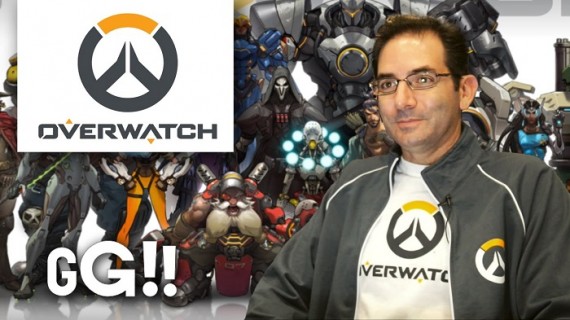 Jeff Kaplan is best known for his works in World of Warcraft and Overwatch, with him being the current director of the latter. (Photo : GoodGame Live/YouTube)

Sure, you might have been playing Overwatch (or other Blizzard titles) for quite some time already. You seem to know every detail there is about it. However, it might also be true that you barely know Jeff Kaplan (aside from the fact that he's the game's director and the studio's big guy). But in case you want to add some information on your little knowledge about him, simply continue reading. Below are 5 facts you need to know about this guy.

A Poet And A Fiction Writer

Kaplan reportedly went to school at the University of California. There, he enrolled the course called Creative Writing. He even worked for Universal Pictures as one of the company's writing interns (though only for a short period of time). Later on, he went to the New York University to complete his graduate school.

Hoping to become a significant figure in the writing industry, the Overwatch director instead became an executive in his father's recruiting firm. But he didn't stop there. In the afternoon he'll work for his pops, while in the morning, he'll continue his writing passion. Sadly, like any other successful stories of today, his writing career went astray.

Giving Up His Dream Was A Blessing In Disguise

It's really a hard one to chew, most especially if you're to let go of the thing you wanted the most. This is exactly what Kaplan did -- he quit writing and finally found haven in another career. Fast forward to a couple of years later, him along with his long-time buddy Rob Pardo (who was his boss that time) made history by developing what is now a hit franchise -- World of Warcraft, that is.

His Wife Is A Hardcore Gamer, Too

Thanks to his Legacy of Steel guild, he met his long-time wife. At first, he was skeptical about the idea of chatting her in-game (note: her wife was using a female name by then). He explained that it's hard to determine, as the world of gaming is full of men who try to use female names. Eventually, they became the best of friends. And you know exactly what happen next.

Titan's Failure Was A Huge Thing For Him

We all know the story of Titan. We all know how it created a hype, one that is worth mentioning in the books. Sadly, we also know what happened to it. The Overwatch director was already spearheading WoW; however, he felt like he needed to help Blizzard deliver another big project. Creating Titan, as what he described, was a major struggle. That, in one way or another, the chemistry wasn't there. Although the ideas kept flowing, the fuel to make it successful was nowhere to be found. Fortunately, it paved the way for OW. Remember, Titan was the template for the creation of the titular first-person game.

Despite The Similarities, Titan And Overwatch Differ Much

According to Kaplan, contrary to popular belief, Overwatch and Titan are two different games. Titan, in particular, was more of a class-based shooter game. Overwatch, on the other hand, is obviously far from that. However, he pointed out that Tracer (an OW hero) was conceptualized from Titan's class called Jumpers.

What are your thoughts on these 5 facts about Jeff Kaplan, the director of Overwatch? What do you like about him? Do you believe Titan would have been a huge title today? Let us know what your thoughts are at the comment section below!

Do you also agree that Overwatch still lacks other significant features? Well, here are 4 from our wishlist.

So, you think you've seen enough of Overwatch hero skins? Well, wait till you check this one out!