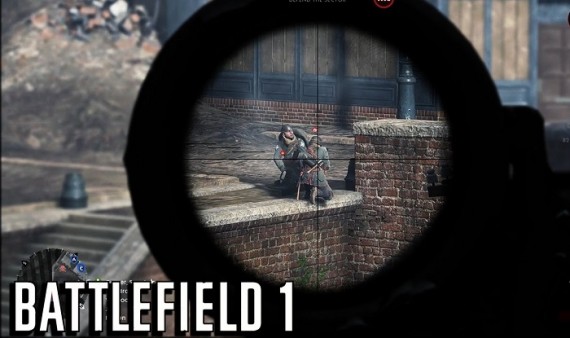 It's been a week since Battlefield 1's December update rolled out for the first-time. With the tons of changes that DICE has made, Battlefield 1 is now able to give its players an all new gameplay experience. Following their previous announcement, BF1 now has a new DLC map, weapons, vehicles and more. Today, Dec. 20, also marks the date when everybody else will get access to all those new things that DICE has rolled out for the game. Here's a breakdown of the biggest changes that happened with the December update for Battlefield 1

One of the biggest changes that happened in Battlefield 1 is the addition of the new Giant's Shadow map. This will put players playing in the fall of 1918 in the midst of the Battle of the Selle. The reason why the new map is so-called the Giant's Shadow is because of the shadow of a massive airship that crashed on an open field. Similar to the Sinai Desert map found in the beta version of Battlefield 1, the Giant's Shadow map will also feature the armored train packed with deadly weapons. An important part of the new map that can help players turn the tide.

With the December update, Battlefield 1 will also get improved gadgets throughout the game. Mortars will be more accurate during placement and a little bit more accurate when used during sustained fire. Syringe uses will also just need a short cool down, something that you can also ignore if you are near an ammo crate. With this new update, the Support and Medic team can go together to revive soldiers quickly.

As the name implies, the new Spectator Mode will allows players to simply 'watch' and 'obseve' a live match in Battlefield 1. The Spectator Mode will also allow players to switch between camera views - from first to third-person and vice versa - via the Player View mode. You can have the choice to view the battlefield overhead on bird's eye view using the Table Top mode or use the Free Cam mode to fly a camera through the game.

To make the Battlefield 1 even more realistic, DICE added Standard Issue Rifles as a new option on Custom Game. With this new addition, players will have access to the standard issue rifle due their faction. If you play as a British soldier, then you get an SMLE MKIII as your SIR. Players can enable or disable this option as they see fit to experience the use of other weapons as well. As it is, Standard Issue Rifles are not part of the base game so as not to affect the combat roles of classes negatively.

To make gameplay even better, DICE also added UI and audio fixes in Battlefield 1. The UI fixes are made to make the game more stable in its performance like making reporting of offensive emblems simpler by adding a reporting facility on the EoR scoreboard. Several issues are also fixed when using vehicle crosshairs, exploits, gadgets, service stars, game buttons and more. The master and music volumes are also fixed to fade nicely using the saved setting upon starting the game. The in-world sound problem on the Deploy Screen is also fixed.

There are several changes in Battlefield 1's vehicles, thanks to the December update. GameSpot has a comprehensive list of those changes but we'll give you a few ideas on what to expect. For example, the TankGewehr has now an increased damaged from a minimum of 120 to 160 and a maximum of 160 to 180. Track repairs done on the Landship will also have increased health restored from 15 percent to 20 percent. Plane rocket impact damage is also reduced from 120 to just 100.

If there are changes to the vehicles, DICE also rolled out even more weapon updates in Battlefield 1. Some of these weapon changes include the Lewis MG. Instead of three seconds, it will only take 2.85 seconds to do fast reloads. Slow reloads will be 0.3 seconds less from the original 4.5 seconds. The Lewis MG will also slow down from overheating with 50 bullets instead of the initial 35 bullets.

Shooter Showdown: Titanfall 2 vs Battlefield 1 vs Infinite Warfare; Which Title Is Best For You?

Battlefield 1, Call of Duty: Infinite Warfare and Titanfall 2 are the biggest contenders for the best first-person shooter games. But which one wins the battle of being the best?

Battlefield 1 Multiplayer Gets Major Fall Update; Here Are The Things That Might Have Happened

EA DICE rolls out a major update for Battlefield 1 Multiplayer. None of the actual update was confirmed but here's what we think with what might have happened to the game.

Instead of a more advanced war and shooter game, DICE took a step back by releasing a new installment that will bring players to World War I this Oct. 21, the Battlefield 1. Here's what we can say so far.

Battlefield 1: In The Name Of The Tsar: Lupkow Pass Map Coming In August; Gameplay Unveiled

A new gameplay trailer for Battlefield 1: In the Name of the Tsar was recently unveiled. It featured a new map, the Lupkow Pass and other additions to the game.