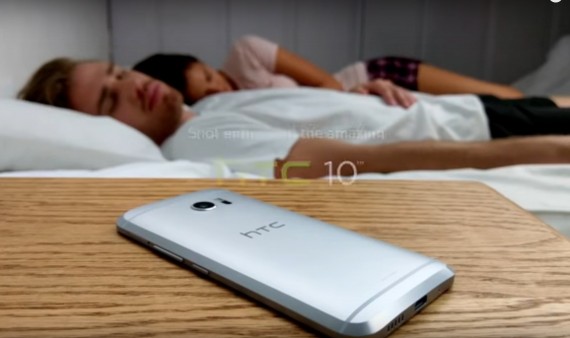 A photo of the HTC 10 smartphone placed on the bedside of a couple sleeping. (Photo : Ads USA/YouTube)

I was talking with a work colleague the other day about what is currently the best affordable smartphone in the market because she was interested in buying an extra phone. This eventually led to online games and me wondering what are the best gaming smartphones available in the market right now. Here is the list:

This smartphone's specs, features and price tag are very hard to find on the web, because the company that created this device did not really publicize it a lot. However, what makes this phone great is that though it features a 6 inch screen display with a resolution of 1080p pixels only, this phone runs on Android 5.1 Lollipop (but some sources say it runs on Android Marshmallow) and is powered by the 10-core Helio X20 processor chipset with a custom-made GPU that is really great for gaming. Its CPU runs at 2.5 GHz which is considered to be higher than average for a smartphone processor. This smartphone also features an internal storage of 32 GB with 4 GB of RAM, making it quite capable of handling any game thrown at it.

About the other features of this smartphone, it features quad-channel audio. Meaning, each corner of this smartphone has a speaker that offers great sound quality. This phone also has dual haptic motors which give haptic feedback. Meaning, the user will feel like holding an actual physical controller when playing games on it.

The smartphone features a 5.5 inch IPS LCD capacitive touchscreen (16M colors) display with 1080 x 1920 screen resolution and is protected with a corning Gorilla Glass 3. It runs on Android Marshmallow and is upgradable to Android Nougat. Though this device on houses the not so powerful Adreno 405 for its GPU and features only 2 GB of RAM, it makes up for the chipset - the Qualcomm MSM8952 Snapdragon 617. Another thing that makes this phone a great gaming device is that though it is equipped with a Snapdragon 617 chipset, it only costs around $200.

This phone features a 5.2 inch Super LCD5 capacitive touchscreen (16M colors) display with 1440 x 2560 pixels screen resolution and is protected with a corning Gorilla Glass 3. It runs on Android Android Marshmallow and can be upgraded to Android Nougat. It is equipped with a Qualcomm MSM8996 Snapdragon 820 for its chipset and Adreno 530 for its GPU.

The device features and internal storage of 32/64 GB with 4 GB of RAM. Making it not only a great phone for gaming, but also a great phone overall. However, the price of this device starts at $573.

Now, you must be wondering what makes it a great phone when the specs are not that impressive. What makes this phone great is that this phone is equipped with the Helio X10 chip which is great for gaming for only $120, but will kind of struggle with the 2 GB RAM feature for heavy games. So for overall performance, this phone has really great specs and features for a gaming phone on a $120 budget range.

What Can We Possibly Expect From Google's Next Phone For 2017

Here is a list of what the 2017 Google Pixel phones could probably feature. Click to know everything about it.

According to a report, the new display in next year’s major new phone, currently dubbed iPhone 8 by the rumor mill, will be a plastic OLED panel that curves ‘all over’.

As per the latest news, users of some Xiaomi phones can now celebrate as the company has already confirmed more of their phones that are getting the update.