Is The Nokia Edge Sharp Enough To Cut Through iPhone 8's Specs And Features? 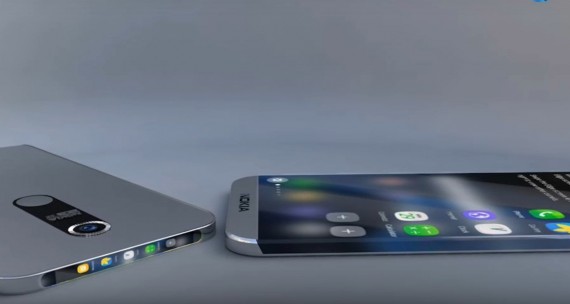 The Nokia Edge is rumored to be the top phone of Nokia for 2017, while the iPhone 8 will also be the finest phone ever built by Apple. When these two smartphones will eventually be unveiled and clash next year, who will be the winner? (Photo : StealMyGadgets/YouTube)

Before you start to scroll down, I would like to say that it is reported that Apple will launch 3 iPhone 8 variants next year: iPhone 8, iPhone 8 Plus, and the alleged iPhone 8 'Ferrari' which is believed to be the premium model or flagship smartphone for the 2017 iPhone series. In this article, I will be focusing on the iPhone 8 Ferrari's specs and features. Now, let's start the comparison review between the Nokia Edge and iPhone 8 Ferrari.

There is no information yet regarding the Nokia Edge's body design. However, if we based it on current trends, giant smartphone companies are gearing up for a "futuristic look" (bezel-less front design, all-glass design, wireless features, etc.) for the 2017 smartphones. Perhaps the Nokia will give the Nokia Edge one of these mentioned designs if they really want to attract consumers. The iPhone 8 Ferrari on the other hand, it is reported to feature an all-glass design (front and back), software-based Home button, edge-to-edge screen, curved edges, stainless steel frames, and thinner than the iPhone 8 and iPhone 8 Plus.

The Nokia Edge is reported to feature a 5.5-inch screen with a screen resolution of 2k and pixel density of 441 PPI. As for the iPhone 8 Ferrari, it is said to feature OLED panels with a screen resolution of 2560 x 1440 pixels (similar to the iPhone 7 Plus), and a fingerprint scanner embedded on its screen. Regarding its screen size, there is a recent leak that Apple is working on a 5-inch iPhone model, and many believe that it is the screen size of the iPhone 8 Ferrari.

The Nokia Edge is reported to run on the latest Android Nougat (version is not specified) and will be sporting an Octa-core processor for its CPU. The iPhone 8 Ferrari on the other hand, it will be running on the latest iOS and is expected to feature an A11 Fusion chip for its processor. According to tech enthusiasts, the A11 Fusion chip will be 40 percent smaller, have 30-40 percent faster processing, and 40 percent less power consumption.

The Nokia Edge is said to feature 32 GB in-built storage model with 3 GB of RAM. It is also said that it will have a storage expandability option of 32 GB microSD. But in personal opinion, 32 GB microSD and 32 GB internal storage is kind of underwhelming. Hopefully, Nokia will give more options. As for the iPhone 8 Ferrari, the only thing known is that it will feature 4 GB of RAM.

The Nokia Edge will feature a 23 MP rear camera with Carl Zeiss optics and has a flash feature. For its front camera, it will feature 8 MP. On the other hand, the iPhone 8 Ferrari camera specs are said to be that similar with the iPhone 7 Plus. There are no specific numbers for now, but the only 2 things known is that it will be more sophisticated and both lens featured on its rear camera will have Optical Image Stabilization.

There is no news yet about what special features will the Nokia Edge have. But if we follow the trending features of the smartphones right now, wireless and virtual reality are the must-have features that smartphones should have in 2017. Even Xiaomi and HTC are planning to feature virtual reality on their upcoming smartphones.

As for the iPhone 8 Ferrari, it is said to feature wireless charging that can let the user charging with 5 meters from the charging unit. However, there is a question of how fast will it be, because wireless charging does not have the fastest charging speed out there. There is also a high chance that the iPhone 8 Ferrari could feature mixed-reality, because just recently this month, a mixed-reality headset called the Bridge was just formally introduced and it is dedicated to the iPhone 6, 6s, and 7.

Nokia, after announcing that it is making a big comeback and planning to release the Nokia D1C, Nokia Z2 Plus and Nokia P next year, is adding another addition to its 2017 smartphone line-up. Though there is no name for it yet, fans and critics are naming it as the "Nokia Edge" for now.