Nokia D1C vs BlackBerry Mercury: Which Smartphone Would Make A Most Succesful Comeback For Its Company? 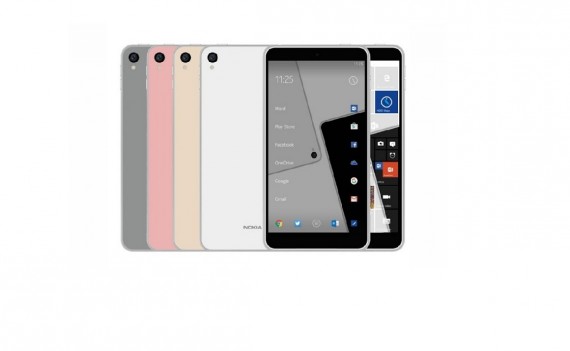 Of every single mobile device that will be released next year, the Nokia D1C and the BlackBerry Mercury are two of the most expected by customers, given the fact that it would represent the anticipated return of two companies that were the phone giants not so long ago. Now that both will compete against each other in a whole different context, the big question is which of these phones would make a more successful comeback for its companies. Given this situation, here two important elements that will determine its performance in the market

This is a field in which both smartphones needs to shine in order to achieve a great comeback, given the fact that in recent times there are many smartphones that offer incredible specs and features, so the Nokia D1C and the BlackBerry Mercury will have to work hard if they want to surprise the customers.

Apparently, the Nokia D1C will definitely sport great specs and features in two variants. The cheaper model will wear a 5-inch 1080p resolution display and 2 GB of RAM while the most expensive model will have a 5-5inch 1080p resolution with 3 GB of RAM. Apparently, both mobile devices will be powered by Qualcomm Snapdragon 430 processor, and it would probably start to restore the company´s reputation, considering that it offers great details and the price would be around $150 and $200.

On the other hand, the BlackBerry Mercury will come with a 4.5-inch screen, a 3400 mAh battery, 3 GB of RAM, 32 GB of storage space and I would be powered by an octa-core Qualcomm Snapdragon 625 processor. Although this sounds great, and its price is expected to be quite affordable, the biggest about the BlackBerry Mercury is the fact that the physical QWERTY keyboard will remain in the phone, which will put to the test how popular this device could be on a smartphone, since the touchscreen killed it since it was released in 2007 with the first iPhone.

Nokia D1C Vs BlackBerry Mercury: Popularity Of The Brand

This is the most important feature that will make both smartphones to have a decent amount of customers for sure, given the fact that Nokia and BlackBerry are two of the most important companies in the history of mobile devices, and their reign periods are still remembered by people who still cannot understand why both giants disappeared for so long.

On its part, Nokia was definitely the most important cellphone company that ever existed, since it provided the best devices in a time in which battery duration and phone resistance were the only details that matters. The real problem with the Finnish company was that it didn't adapt to the modern times, and its lack of innovation forced it to gave its throne.

On the other hand, BlackBerry was known for being Nokia´s runner-up but eventually took its throne before Apple and Samsung became the colossus in the phone market. In that short reign, BlackBerry was extremely popular and became the quintessence of a mobile device before the first iPhone appeared and started its slow but unstoppable conquer.

The difference between what happened with BlackBerry and Nokia is that the Canadian company never died entirely, but its performance has been so disastrous in the last years that almost everybody thought that it went to the same place as Nokia. This is precisely the situation that would make the Nokia D1C to have more chance of success than the BlackBerry Mercury since in addition of being a more famous brand, customers would prefer to buy a resurrected brand than give another chance to one that hasn't meet expectation for long.

The Most Delicate Cyber Security Issues That Might Happen In 2017

Considering that there has been a lot of cyber strikes to major websites and institution, both cyber security and hackers method to maintain the effectiveness of their attacks will increase in 2017.

Although everyone thought that the Finnish company was over, the release of these Nokia-branded smartphones next year might represent an incredible comeback to the phone market after several years of absence.