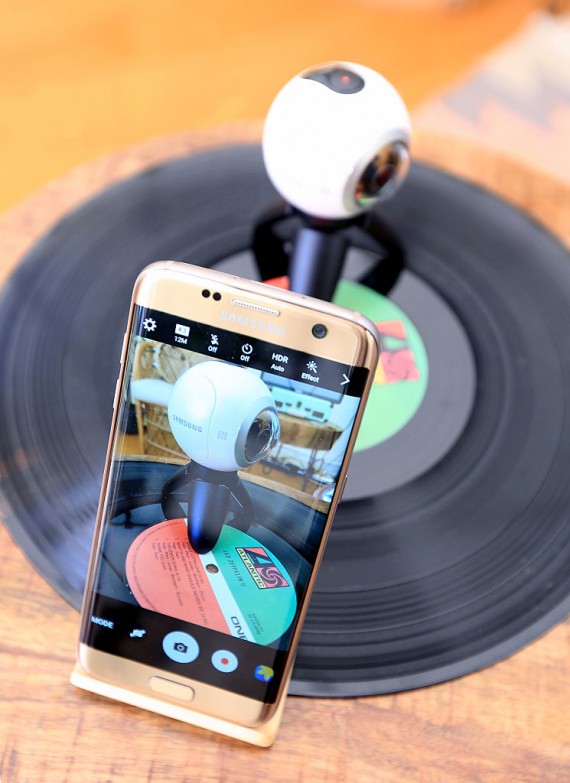 The Samsung Galaxy S8 is the company’s first flagship to follow the Galaxy Note 7 device. (Photo : Photo by Sarah Kerver/Getty Images for Samsung)

The Samsung Galaxy S8 is the company's first flagship to follow the Galaxy Note 7 device. The S8 could be just another upgrade to the Galaxy S series. However, since it follows the controversial Note 7, it's got more pressure on it shoulders than expected. With all these eyes looking at Samsung's next release, the Galaxy S8 sure has a lot to prove to the smartphone world.

As per rumors, it looks like the Galaxy S8 will be Samsung's token of redemption in the smartphone market. As per GSM Arena, this phone is rumored to be powered by next year's fastest Snapdragon processor and come with a dual camera system. This will be on top of an 8 MP front camera. The company might have skipped 2016 in using the dual camera technology but they sure aren't skipping 2017 as stakes are quite high. Additionally, the Galaxy S8 is also said to come with 8 GB RAM. This is quite a big deal and a big leap from the S7 Edge's 4 GB RAM. With that, it really looks like Samsung is doing all it can to refresh people's bad memory of the Note 7 by means of a super innovated 2017 flagship.

As per Sam Mobile, there are reports claiming that Samsung is considering giving the Galaxy S8 an S-Pen support. It was said that one of the S8 prototypes has an integrated stylus. However, the company decided against it and instead, just offer the S-Pen as an accessory for its supposed first 2017 flagship. This might just be a rumor but it does makes sense. The S8 is expected to come with a 6-inch variant so having a stylus accessory is pretty appropriate. Needless to say, this also says a lot about Samsung's constant consideration of the Note 7 incident.

Samsung Galaxy S8 May Actually Be A Success

Despite the Note 7 incident and despite Samsung's obvious hard work to redeem its reputation, it looks like the Galaxy S8 is bound to get good sales. Quite a number of Note 7 returners are reluctant to participate in the recall and are pretty much awaiting the next Samsung flagships. While the Note 8 is practically the best alternative to the Note 7, this phablet isn't expected to be released anytime soon. The Note series typically gets refreshed mid-year.

What's getting a refresh soon is the Galaxy S line. This series usually gets a new release every first quarter of the year. As per rumors, the Galaxy S8 could be announced February or March and be released as late as Q2 next year. With all these rumors coming out about the Galaxy S8, it looks like its arrival is already around the corner. This means that people who held back buying a new flagship after Note 7's discontinuation are already prepping up to purchase the upcoming Galaxy S8. Hopefully, though, the said Samsung flagship could actually deliver and actually be able to make up for the Note 7 loss.

Samsung Galaxy S8 Alternatives For The Cheapskate In You

The Samsung Galaxy S8 is a wonderful smartphone but an expensive one which is why many are looking for cheaper alternatives.

Starting in July, Samsung Taiwan plans to sell a "rose pink" version of the Galaxy S8+ smartphone on its online store for a limited time, since artificial scarcity is the hallmark of a shrewd marketing campaign.