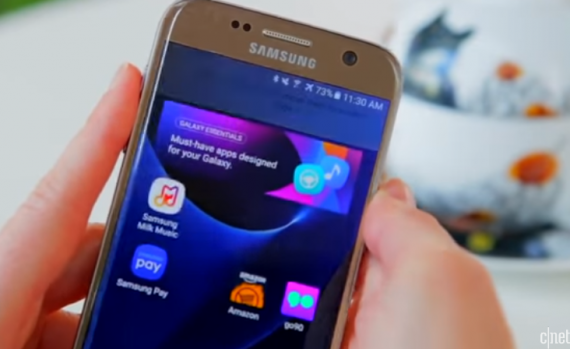 Gifts for gamers don't necessarily have to be new game titles or controllers, it can be one of the things listed here (Photo : CNET / YouTube)

The year is coming to an end and we're excited to talk about what 2017 has in store for us gadget lovers! We know that 2016 hasn't exactly been kind to Samsung with all the Note 7 drama that has occurred. Apple likewise hasn't impressed an incredible number of consumers with their semi-improved iPhone and arguably insufficiently-improved MacBook Pros. Microsoft's event successfully hyped up the demand for the Surface Studio but a lot of Windows fans were disappointed for the lack of "new" portable Surfaces. Needless to say, 2017 might make everything fall into place for these tech giants. Rumor has it that Samsung, Apple and Microsoft have a lot of great things in store for next year.

We can't really blame the company for not unleashing a new tablet this month. The Surface Pro 4 is too successful to be replaced this early. Not only would Microsoft find it hard to beat, the Pro 4 also remains relatively competitive up to now, making it understandable to be kept as Microsoft's latest tablet model. Hopefully though, 2017 is Surface Pro 5's official launch year.

The Surface Phone is still an unacknowledged mobile device. Everyone keeps talking about it but its supposed manufacturer still avoids commenting so much about it. Lumia might have not been the most successful Microsoft venture, but it looks like a lot of people are still excited to see a supposed new Microsoft phone.

Like the rumored Surface Phone, the iPhone 8 is also expected to come with a fingerprint scanner that's embedded on the display. All-glass structures alongside edge-to-edge displays are also big possibilities for the iPhone 8, Mac Rumors reported. Apple might be silent about their next flagship but the rumor mill gets unstoppable as time pass by. It was said that the iPhone's home button might finally say goodbye and Apple might also squeeze the iPhone 8's front-cam underneath the frontal display.

It's safe to say that the reason why the iPhone 7 and 7 Plus did not undergo so much design change is because Apple is saving it for next year. Take note that the iPhone 8 is Apple's 10th iPhone release, making it extra special. As for the release date, it's still safe to expect a September launch, although a totally different release date is still possible considering the fact that the iPhone 8 could be a special phone.

One of the main reasons why people are excited for the Galaxy S8 is because it's Samsung's first flagship release after the recalled Note 7. A lot of smartphone fans are excited to see how Samsung will make up for the Note 7 fiasco through the Galaxy S8. Needless to say, whether or not the company screwed up this year, they are still expected to bring in the best of the best next year. We've known and loved Samsung for their undying dedication to mobile phone innovation and we can expect the company to do just that for the Galaxy S8.

Fans of the Note series were heartbroken for a few days when rumors about the cancellation of the Note brand surfaced online. It was said that because of the Note 7 fiasco, Samsung considered removing their phablet production altogether. Luckily though, this rumor has been eventually debunked. The company might not have addressed this silly rumor directly, but their announcement about their new program did the trick. Apparently, Samsung announced their new upgrade program that involves the Galaxy S8 and the Galaxy Note 8. This means that those who love the Note series shouldn't be disappointed after all.