What Trends Are Expected To Dominate CES 2017 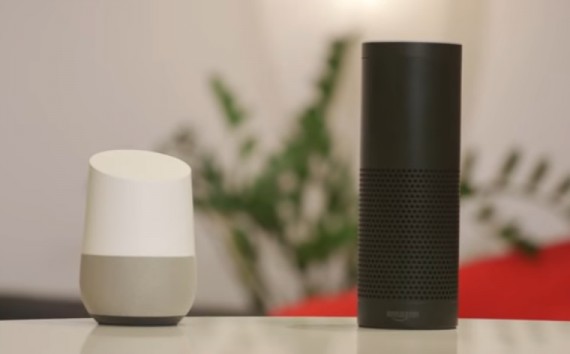 A week from now, the world will get to see what the major tech companies and even startups have under their sleeves. The 2017 Consumer Electronics Show will be held in Las Vegas, Nevada from Jan. 5 to 8, 2017.

Many companies have kept their work under extreme secrecy while others prefer to jump the gun and announce their products ahead of the much-awaited tech tradeshow. LG quickly comes to mind as it has already unveiled its plan to release five new smartphones.

Despite such premature announcements, the CES 2017 remains something to watch out for. In fact, many tech geeks (around 177,000 journalists, developers, inventors, engineers and enthusiasts) are interested in what the trend would be for next year.

What used to be a major plot point in many a Sci-Fi movie is now closer to being an everyday thing than ever.

The past year has seen much improvement in AI. There's Google Assistant, Amazon's Alexa, Apple's Siri, and Microsoft's Cortana. Samsung is expected to follow suit anytime soon with Bixby and/or Kestra.

More and more devices such as the Amazon Echo and Google Home are being integrated with these digital assistants. Mercedes Benz is also working with Google to have the Google Home talk with cars.

Mark Zuckerberg has successfully finished his 2016 challenge of creating an AI for his home. Named after the Marvel AI, Jarvis will be voiced by Morgan Freeman. Popular "Friends" character Joey Tribbiani (Matt LeBlanc) is being turned into a chatbot by a group of researchers from Leeds University. And now there are reports that robots, particularly AI, can now feel or exhibit emotional intelligence.

In 2017, more tech companies will be developing and manufacturing products that are compatible with artificial intelligence.

In 2016, virtual reality was introduced. Next year, it is primed to emerge.

The NBA has already joined the VR bandwagon and is hoping that it is not just a fad.

In an interview with Venture Beat, Accenture managing director for communications, media, and tech John Curran stated that "companies are going to be looking at how they can create richer, more immersive consumer experiences". He imagines VR devices with the ability to "bring in" other senses such as touch and smell.

There was a time when routers were so clunky that it took so much space and was an eyesore. Those days will soon come to an end thanks to mesh networks such as the Google WiFi.

Here are a few of the advantages of having mesh WiFi systems:

- No dead zones in the house

- No ugly-looking contraption for others to see

- Users can monitor who gets to access their internet

Tesla has already done it, sort of. The auto-pilot ability of Tesla's vehicles is just the tip of the iceberg. Come 2017, more innovations leading to cars completely driving by themselves will be perfected. A number of companies are already developing or have signified their intent to join the self-driving car industry. We have Apple, Uber, and now, Blackberry. Expect more to be announced at the CES 2017.

Some of the other trends expected to dominate next year's CES include wearable tech (despite a not-so-impressive 2016), the Internet of Things, and cyber security.

A Surround Sound Speaker You Can Wear Around Your Neck? Why Not, LG Says

The TONE Studio surround sound speakers is the latest wearable tech from LG.

Asus ZenFone AR Rumors: Asus May Be Unveiling New ZenFone In Its Zennovation Show At The CES 2017

A new ZenFone is itching to be unveiled after it supposedly gave a glimpse of itself in a video teaser released by Asus.