Xiaomi Mi 6 Mix vs iPhone 8: Which Smartphone Has The Better Futuristic Look? 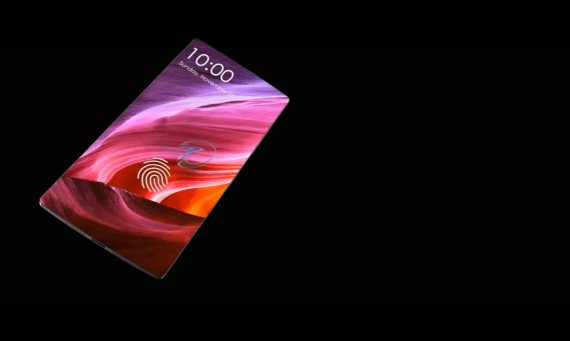 Xiaomi is known to be one of the smartphone companies to feature innovative smartphone designs with affordable prices, while Apple is known for its tech prowess in terms of powerful smartphones with high prices, but timid designs. (Photo : TECHCONFIGURATIONS/YouTube)

Apple is rumored to launch 3 iPhone models for 2017; iPhone 8, iPhone 8 Plus, and iPhone 8 "Ferrari" which is said to be the premium model of the 2017 iPhone series. This article highlights the comparison between the iPhone 8 "Ferrari"  and the Xiaomi Mi 6.

For the release date and retail price of the Xiaomi Mi 6 Mix, there is no solid information yet. However, according to tech enthusiasts, given that Xiaomi smartphones are well-known and much appreciated for its high-end and innovative smartphones stamped with an affordable price tag, the Chinese smartphone could be around $370-440 at best. As for the iPhone 8 Ferrari, many tech enthusiasts are comparing it to the expected price tag of the Samsung Galaxy S8 which is $810. The iPhone 8 Ferrari is said to be around $900-1000. It will likely be released on September if Apple will follow the release date of the iPhone 7 and iPhone 7 Plus.

The Xiaomi Mi 6 Mix is said to feature an ultra-slim ceramic body design with a perfect edge-to-edge AMOLED screen display that has a screen-to-body ratio of 100 percent. It is also rumored to feature a retractable front camera and possibly feature a fingerprint scanner and software-based home button on its display. As for the iPhone 8 Ferrari, it is reported to feature an edge-to-edge OLED display, software-based home button, a folding feature or "glass sandwich" design, all-glass design, and stainless steel frames with curved edges. It is also believed to be thinner than the iPhone 8 and iPhone 8 Plus models.

The Xiaomi Mi 6 is reported to feature a 6.4-inch AMOLDED screen with 2k resolution and is protected with a 2.5D curved edge-to-edge curved glass. While the iPhone 8 Ferrari is rumored to feature an OLED screen, 2560 x 1440 screen resolution, and screen size of 5 inches. However, there are also some reports claiming that the 5-inch measurement is not the screen, but the actual phone size itself.

The Xiaomi Mi 6 Mix is believed to be powered by a Snapdragon 835 chip. For the iPhone 8 Ferrari, it will be powered by an A11 Fusion chip which is said to be 40 percent smaller, 30-40 percent faster, and features 40 percent less power consumption compared to the A10 Fusion chip. It will most likely run on the latest iOS.

The Xiaomi Mi 6 Mix with feature a 16 MP rear camera with Dual-LED flash and a 8 MP retractable front camera. On the other hand, the iPhone 8 Ferrari will have a rear camera that is similar to the iPhone 7 Plus, but a little more sophisticated. There are reports and leaks saying that it will either be dual-lens or dual vertical cameras.

The Xiaomi Mi 6 Mix is reported to house a 4,000 mAh battery. For its features, it is said to have a wireless charging feature that can charge from zero percent to 60 percent in a matter of 30 minutes. As for the iPhone 8 Ferrari, the only well-known rumored features is that it possibly compatible with the Bridge headset (a mixed reality headset dedicated to the iPhone 6, 6s, and 7) and will also have a wireless charging feature.

There are two things to look at. First, if we base it on Xiaomi's track record, they seem to be one of the first to feature the latest concept designs for smartphones, while Apple has always been kind timid with its designs. Next, as for performance, Xiaomi smartphones feels incomplete or somewhere along the lines of "experimental" or "concept" phones which are forgivable, because Xiaomi smartphones are retailed atsurprisingly affordable prices and have head-turning designs. So for "futuristic" designs based on Xiaomi's track record it will boast a more futuristic look, beating the latest of Apple's iPhone.

The Xiaomi smartphones are well-known and appreciated for its high-end specs partnered with its affordable price. This time, it has a new smartphone that offers incredible specs and features at an affordable rate.

An allegedly leaked audio of 'Good Luck', a song that is believed to be an unreleased song from Nicki Minaj, was recently uploaded on Youtube by a user that goes by the name CJ MARAJ. Listen here!