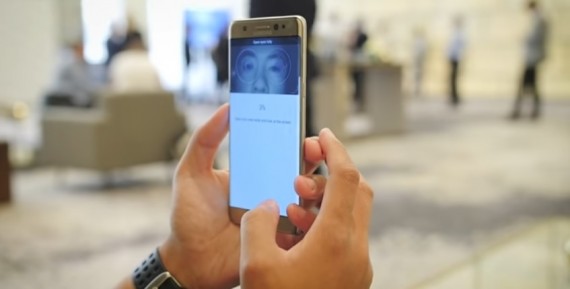 The Samsung Galaxy S8 and Galaxy Note 8 are two of the Android phones to watch out for in 2017 (Photo : Android Authority/YouTube)

Apple's iPhone 8 is easily the most anticipated smartphone of 2017 but that's something that needs to be talked about in a separate article. For this one, Android phones will take the limelight.

Samsung Galaxy S8 and S8 Plus

All eyes will be on Samsung as it tries to let go of its disastrous 2016 with a number of new flagship devices to be released this year. The Galaxy S8 figures to be the Korean tech company's first attempt at redemption.

Some of the details that have been leaked or rumored include having the latest Qualcomm Snapdragon 835 processor, running on Android Nougat, using Samsung's own Exynos 8895 chipset, having an AI named Bixby, and the ditching of the headphone jack. It will likely have the new USP Type-C port.

The Galaxy S8 is also rumored to come in 5.1 and 5.5-inch Super AMOLED displays though there is a chance that Samsung will start making 4K AMOLED displays.

The home button will be replaced with fingerprint scanner though some say the iris scanner from the Galaxy Note 7 will be applied to the S8.

The Galaxy S8 is expected to drop during the first half of the year. It is likely that it will be unveiled in February at the Mobile World Congress as tradition dictates while its official release is estimated to be in March.

Later in the year, Samsung is expected to release the next Galaxy Note. After the much-talked about Note 7, Samsung is banking on the GS8 and the Galaxy Note 8 to pull it out of despair.

The Galaxy Note 8 is expected to have a 5.7-inch Quad HD or Super AMOLED display, the latest processor, a dual camera, and virtual reality support.

We may finally get a glimpse of the Note 8 in August.

LG failed with the G5 but figures to make for it with the G6. According to rumors, the G6 will look entirely different from its predecessor which could be a good this as it distances itself from the negativity of the G5.

Its specs will include an aluminum display, Snapdragon 835, OLED display, 4GB of RAM, the same wide-angle camera, removable battery, and support for Google's Daydream VR headset.

The G6 will be unveiled at the MWC and released one or two months after.

The new flagship phone from HTC will sport a 5.5-inch 1440 x 2560 curved screen, according to rumors. It will also have the latest Qualcomm processor, 4 to 6GB of RAM though it may have support for 8GB, and 12MP rear and 8MP front cameras.

The problem with most flagship smartphones is that they cost a lot. While most of these phones are worth every penny, some end up exploding or having too many issues that may leave you wondering why you doled out that much in the first place.

With the OnePlus 4, at least the issue of money takes a backseat. The previous OnePlus flagship phones were among the top of the list of "budget flagship" phones. The OnePlus 3T was the most expensive phone from its stable and it only sold for $480 for the 128GB variant.

As for its specs, the OnePlus 4 will have the Snapdragon 835 though earlier rumors said it will be powered by Qualcomm's Snapdragon 821. The OnePlus 4 will also have a 5.5-inch full-HD display, 6 to 8B of RAM, 64 to 128GB internal memory, 12 or 23MP rear camera, and a 3,500 to 4,000mAh battery with Dash Charge features. Its OS will be the OxygenOS which is based on Android Nougat.

They were cheap and they were good. The same is expected with the OnePlus 4 which may be available for around $400.

The OnePlus 4 is expected sometime from April to July this year.

A leak indicates the new Samsung Galaxy S8 will have a Siri-like digital assistant in all native apps.

Asus ZenFone AR Rumors: Asus May Be Unveiling New ZenFone In Its Zennovation Show At The CES 2017

A new ZenFone is itching to be unveiled after it supposedly gave a glimpse of itself in a video teaser released by Asus.