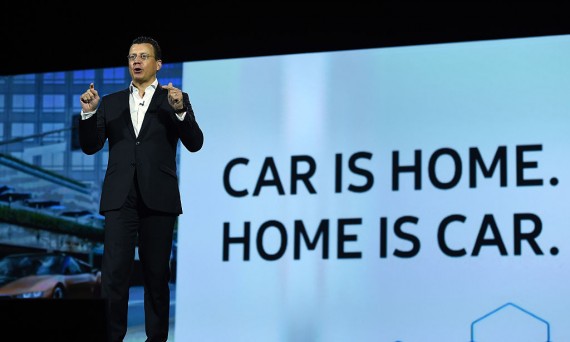 The 2017 Consumer Electronics Show promises to give consumers new technologies for all kinds of gadgets and automobiles. Almost all major players would show off what they have in-stored for consumers and will feature the best of the best on all fronts. The much-awaited show would be a great start for the automotive industry for the year 2017.

It is expected, the 2017 Consumer Electronics Show would bring in a huge lineup of electric and self-driving vehicles. Ford, Mercedes-Benz and BMW has already made a prior announcement to the vehicles that they would introduce. More than 300 companies would also debut their latest technologies that are vehicle-related.

Ford will introduce a new generation of the Ford Fusion Hybrid at the Consumer electronics Show. The company promises to show an autonomous vehicle that has a discreet look. Radars, cameras, sensors and lidars would be fully integrated in the vehicles' new design that allows for a sleek look without the protruding devices poking out of the car. For would also unveil a new version of the SYNC infotainment system.

BMW would introduce a new interface concept that would allow for a much better touch system. They call the new technology the HoloActive Touch System. Reportedly, the system would introduce a somewhat hologram interface that uses gestures without having or touching a physical screen.

Mercedes-Benz also plans to unveil two of their newest vehicles at the Consumer Electronics Show. One would be an all-electric sports utility vehicle, named the EQ. The UQ claims to run up to 310 miles on a single full charge. They would also unveil an all-electric van they call the "Vision Van." It would be a delivery van that is capable of picking up and delivering packages autonomously. The van can run up to 168 miles of range in a single charge.

Startup Company, Faraday Future, will finally unveil their newest, and possibly the first ever production vehicle. The company has been showing teaser after teaser of their vehicle that no one has ever seen, with the exception of its developers and engineers. The teaser videos show that the vehicle from Faraday Future can beat even a Ferrari, a Tesla and a Bentley Bentayga on a drag race.

Nissan May Introduce A New Leaf

Nissan will, of course, join in the fun as they announce a new generation of their electric vehicle, the Nissan Leaf. It is also rumored that they might be introducing an all-new electric vehicle that is capable of going up to 200 miles on a single full charge. Nissan fans are also expecting a more affordable electric vehicle from the Japanese car company.

Infiniti Shows Off New QX50 Concept At The Detroit Auto Show: Here’s Everything We Know About The SUV

Japanese luxury car brand, Infiniti, is set to unveil their newest concept vehicle at the Detroit Auto Show. The new concept will take the form of the Infiniti QX50 SUV.

Startup Company, Faraday Future, has been in a heap of mishaps throughout the year with financial losses and lawsuits. Troubles do not seem to end as they lose two more of their top executives.

Infiniti Prototype 9 is a celebration of Nissan Motor and Infiniti's ingenuity, artistry and craftsmanship.