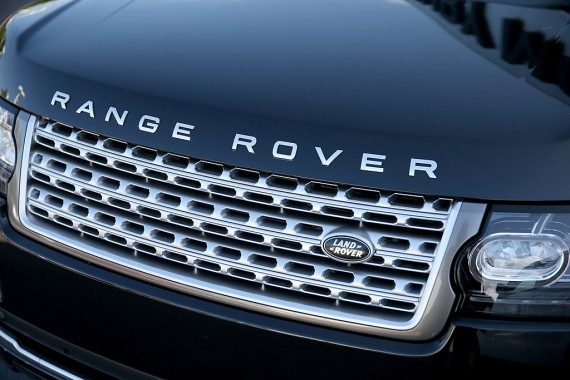 MIAMI, FL - JANUARY 02: A Range Rover is seen on the sales lot of Brickell Luxury Motors on January 2, 2014 in Miami, Florida. Reports indicate that the luxury car market is starting to make gains after the lean years during the recession. (Photo : Photo by Joe Raedle/Getty Images)

The Range Rover Gets Updated And Refreshed

The updated Range Rover will be arriving early on 2017 along with a refreshed RR Sport version and the new Jaguar Land Rover ingenium engine, which would also be available in the Jaguar XE, F-Pace and the Discovery Sport. Major updates will be included like the Advanced Tow Assist, Low Traction Assist and Blind Spot Monitoring. The infotainment will also include a much bigger 10-inch touchscreen display that is powered by Jaguar's InControl Pro system.

A New Powerful 2.0 Liter Engine Is On Its Way

Will all the new updates, what makes fans excited about the new Range Rover is the option to get a 2.0liter four-cylinder twin turbo engine that produces 150 horsepower and 500 newton meters of torque. This downsized engine has a combined fuel economy rating of 6.2 liters per 100 kilometers. The new engine will be available on Range Rover vehicles that are equipped with air or coil suspensions.

The new Range Rover will also be packed with a ton of safety features such as Cruise Control, Speed Limiter and Lane Departure Warning. Rear Park Distance Control will also come standard for the new Rover. The new SUV will also be equipped with Autonomous emergency Braking for additional safety and front-end collision avoidance. An optional Drive Pro Pack will feature adaptive Cruise Control and Intelligent emergency Braking. In addition to the optional pack, a blind spot assist and lane keep assist will also be included.

Prepare For A BMW Competition

The 2017 Range Rover has a starting price tag of $90,900 dollars for the 2.0liter engine and can go up to $233,500 for the meaner 5.0liter V8 S/C SVR variant. If you opt to go for the higher end version of the Range Rover, then you better prepare for both competition and comparison with the likes of the BMW 7 Series, which the Land Rover shares a great deal with.

Both The Range Rover And BMW Share Similar Features

BMW 7 Series comes with the same engine output as the Range Rover Sports SVR that puts out around 540 horsepower. A turbocharged V8 version of the 7 Series is also capable of producing about 680 newton meters of torque and has an acceleration of only 5.4 seconds from zero to 100 kilometers. Both vehicles share features like Advanced Tow Assist and a similar 10-inch touchscreen display on the inside.

The BMW 740e is expected to be released sooner than the new 2017 Range Rover and has a price tag of $229,000 dollars. A 2.0liter turbo four-cylinder engine would also be available for the BMW 7-series and has a large boot space that is capable of carrying 95 liters of luggage. Consumers may have a difficult time choosing between the two when it comes to looks, features and performance. They may just need to settle for their own brand preferences since looking at the spec sheet will truly give them a difficult time for their next buy.

UK Might Pay Their Drivers to Switch from Combustion Cars to Electronic Vehicles: Win-Win for Companies Like Tesla?

Come 2035, the UK plans to heavily switch towards the use of electronic vehicles. Tesla, Jaguar, and Mini are a few to heavily benefit.This might be quite challenging if there isn't a competent EV market when the time comes.