Honor 8 Vs Honor 6x: The Differences You Need To Know 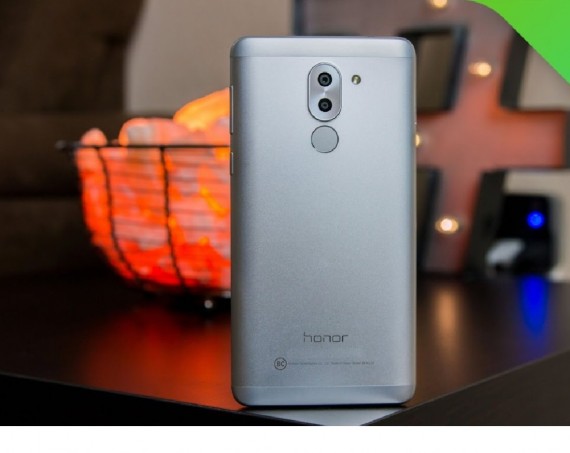 Although the Honor 8 has been one of the most outstanding smartphones released by the Chinese giant Huawei, the new Honor 6x seems to be another perfect creation that will blow customers´ mind, thanks to a super-affordable price and specs and features that makes this phone one of the most incredible surprises in 2017. If you want to know which of these mobile devices is better, here´s a little comparison between the Honor 8 and the Honor 6X.

Although they aren't the same chip, both the Honor and the Honor 6X wears an octa-core Kirin processors, which makes both phones some of the most outstanding mobile devices you can find in the market. On the other hand, the Honor 8 has 950 and 4GB of RAM support while the Honor 6X only has 3GB of RAM.

An interesting detail about the comparison in this field, is that both the Honor 8 and Honor 6X have 32 GB of internal storage, but also has a 64GB option in some parts, offering microSD support for storage expansion. As you might find out, hardware is an area in which the Honor 8 is a little better than the Honor 6X, but the thing is that on battery life this mobile device has a 3340 mAh battery capacity, while the other one just wears a 3000mAh.

This is one of the best features of the incredible Honor 6X, since this phone wears a 5.5-inch LCD display with a 1080p resolution, which allows you to watch everything in the brightest and clearest way possible. In fact, this is practically one of the best Huawei smartphones in this features, even when you can´t record videos in really high resolutions.

However, the Honor 8 sports a smaller display at 5.2-inches, offering the same technology as the Honor 6x. Nevertheless, the fact that it has a smaller size means that this phone has a sharper display, which makes it better in this field, and a greater mobile device if you want to watch videos in the best way.

Although Huawei has been criticized on its firs design in the first years, this is a field in which it has improved to the point in which its products are some of the most attractive. In fact, the Honor 8 has a glossy finish just like the Jet Black iPhone 7 -with the difference that it wears a 2.5D curved glass- offering a premium finish that will make you fall in love just to look at it.

Also, both smartphones have the fingerprint sensor beneath the dual rear cameras, and while the Honor 6X features a Micro-USB, the Honor 8 opts for the USB Type-C. Considering that it´s almost impossible to tell which mobile device is better in this field, let´s say that the result depends on the customers taste.

Both the Honor 8 and the Honor 6X are practically the same in the software field, considering that these Huawei´s mobile devices run on Android Marshmallow with the Emotion 4.1 user interface on the top. While the Honor 8 is about to be upgraded to the Android Nougat, the Honor 6X is expected to have it as soon as possible.

And finally the price, probably the most important detail that everyone looks in a phone. While the Honor 8 is an incredible smartphone that can found around $ 349, the Honor 6X is practically one of the most incredible budget phones in the history, given the fact that it offers all the mentioned specs and features at $250.

The Most Outstanding Apps For Any Windows Phone User

Although there´s many apps you can download for your Windows phone, there are few that will excel your experience and makes you have a really great time, whether sharing photos or watching movies.

Asus Rolls Out Firmware Updates For ZenWatch 2 And ZenWatch 3

The firmware update for the Asus ZenWatch 2 and 3 will represent a huge improvement in both products, to the point in which it could become a major player in the market in short term.

BlackBerry Is Betting A Lot On The QWERTY Keyboard This Year: Is This A Good Or A Bad Move?

Although the touchscreen is probably the most common feature than any important smartphone has, the next mobile devices set to be released by BlackBerry will keep the old-fashioned QWERTY keyboard, even when it represents a risky move.

The latest leak coming from Weibo reveals specifications and release date of the Honor Note 9.

The Honor 8 Pro is the most premium Honor smartphone so far, offering top-end processor, a dual lens camera, 4,000 mAh battery life and a whopping 6 GB RAM.

Here's Why The 9.7-inch iPad Pro Is Better Than The iPad Air 2 And The New iPad

The 9.7-inch iPad Pro excels in terms of display features, internal memory storage and camera specs when compared to the iPad Air 2 and iPad.