2017 Samsung Galaxy A7 vs Honor 6X vs Nokia D1C: Which Mid-Range Smartphone Is Worth Buying? 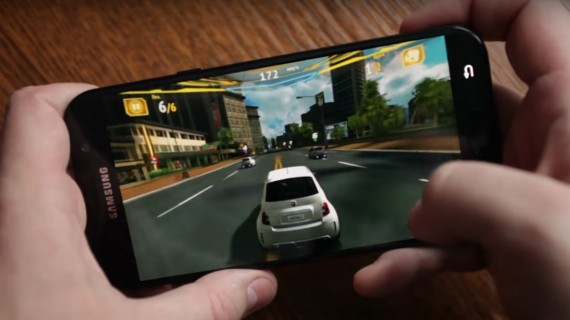 The Samsung Galaxy A7, Huawei Honor 6X and Nokia D1C are mid-range smartphones that offer the best specs and features. But among these 3 these devices, which has the best offer? (Photo : XDRV.RU/YouTube)

New Year just past a few days ago and you've probably lost or destroyed your smartphone while partying with your family and friends. Now, you're left wondering what budget smartphone you should buy and use while waiting for those high-end super powerful smartphones to be released. Here is a quick comparison review as to what good budget-friendly smartphones you can consider buying:

The retail price of the Samsung Galaxy A7 is unknown, but it will be released this month of January. For the Huawei Honor 6X's retail price is $250 and it was released last year of October. For the Nokia D1C, there are two variants: one variant costs around $150 and the other $200. Regarding its release date, reports suggest that it could be unveiled and released this February or just be unveiled.

The Samsung Galaxy A7 measures 6.17 x 3.06 x 0.31 inches and its body weight is unknown. It also has a water and dust resistant feature, a front fingerprint scanner, and an always-on feature. The Honor 6X's body dimensions are 5.94 x 3.00 x 0.32 inches and weigh 162 grams. As for the Nokia D1C, there is no information yet as to what body measurements will it feature or even what it will look like.

The Samsung Galaxy A7 runs on Android 6.0 Marshmallow and is powered by Exynos 7880 Octa. The Huawei Honor 6X sports a HiSilicon Kirin 655 chip and runs on Android 6.0 Marshmallow, but is reported to have an OS update to Android Nougat. And for the Nokia D1C, it will have Android 7.0 Nougat for its OS and will sport a Qualcomm Snapdragon 430 chipset.

For the Nokia D1C variants, the $150 model is said to feature only 2 GB of RAM, while the $200 model with feature 3 GB of RAM. And about its inbuilt storage of both Nokia smartphones, initial reports claim that it was only 16 GB. Now, it is said to be 32 GB.

The Samsung Galaxy A7 features a rear and front camera of 16 MP. The Huawei Honor 6X features dual-lens camera (12 MP and 2 MP) on the back and a 8 MP camera on the front. As for the Nokia D1C variants, reports claim that the $150 model will have 13 MP rear camera, while the $200 model will have 16 MP. For the front-facing camera, it also not sure but it is said to be 8 MP.

Among the 4 smartphones (Nokia D1C had 2 variants) listed above, I think I will go with the Samsung Galaxy A7. As to why, because it has the largest screen (I like smartphones with large screens for gaming and reading PDFs). Yes, the Honor 6X features a higher internal memory storage which is also great for gaming and a dual-lens camera, while the Nokia D1C runs on Android Nougat, but a large screen size, 3 GB of RAM, and a 16 MP front and rear camera is already something I can accept for as a mid-range smartphone.