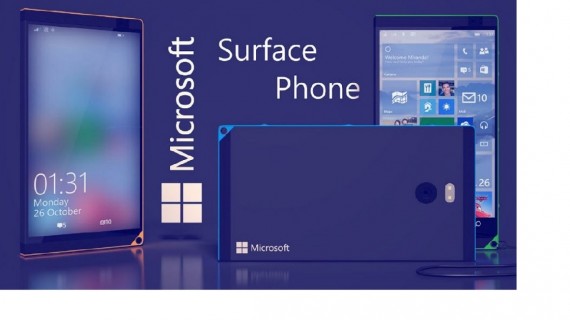 Microsoft has teamed up with Qualcomm to bring the full Windows 10 desktop experience to smartphones and other mobile devices, courtesy of Snapdragon chips. (Photo : Tanvir ET/YouTube)

Although Microsoft is one of the most important tech companies in the history, its intention to extend its innovations to different fields has failed on some occasions, and one of the most famous is in smartphones businesses, given the fact that the company entered late and it hasn't met expectations with any of its phones, getting far away from competitors Samsung, Apple, and even Google. However, with the release of the highly-anticipated Surface Phone, Microsoft´s history could be entering to a turning point in which the tech giant could increase its power and popularity all over the world.

Is there any kind of maximum rivalry n the tech business, Apple vs Microsoft would be some kind of Real Madrid against Barcelona, given the fact that both companies have been considered as the most historical tech giants in the history. Although Microsoft was the colossus in the 80s and 90s, the Cupertino company started to rise since Steve Jobs came back as CEO, to the point in which Apple eventually became the most profitable company in the world.

Naturally, this rivalry has extended in many fields of technology, but the one in which Apple seems unbeatable is in the smartphone businesses, given the fact that the iPhone is practically the most popular and incredible mobile device in the world. Although Microsoft has released some products of this kind, its performance hasn't been exactly great, and comparing these phones with the iPhones is like comparing Lebron James with the superstar of a college basketball team.

However, the Surface Phone could be so incredible that the long distance between Microsoft and Apple in this field will disappear, since this is a mobile device would wear incredible specs and features that would make it a huge threat to the upcoming iPhone 8. In fact, some analyst suggests that the Surface Phone is even more expected than the Apple flagship.

It Will Change Microsoft´s Image As A Smartphone Maker

As I just told before, Microsoft´s phones haven't been exactly flagships killers or even a great alternative to the most popular brands, which is something that has created a disastrous reputation for the company as a smartphone maker, considering that Microsoft´s brand is huge in tech businesses.

Naturally, if the Surface Phone ends up meeting expectations, the image as a smartphone maker will change drastically for Microsoft, which is something that could even set a turning point in the phone business, considering that the popularity that the Surface Phone would have could be extremely beneficial for the tech giant in the next mobile devices. Naturally, this would have a serious effect on the smartphone market, since there will be a new competitor that could get a big piece of the cake in less than expected.

Don´t get me wrong, Microsoft is one of the most popular brands in the history, to the point in which the tech business owes a lot to this company because of the way in which tech companies are now the major players in the market. Nevertheless, even when its popularity still high, the Surface Phone could be the key to increasing it by large, which could have really good consequences for the company and its products.

With a better popularity, Microsoft´s sales in many other products could increase, since the Surface Phone could work as some kind of portable advertising, an incredible way of telling customers that the company makes extraordinary products that anyone should buy. Given this situation, is not a surprise that Microsoft treats the Surface Phone as its own Holy Grail.

'Pokemon Go' App Was A 'Cultural Phenomenon' According To Apple

Pokemon Go was definitely one of the major stories last, thanks to an incredible success that no one expected, becoming one of the most outstanding games and one of the coolest app you could download.

Honor 8 Vs Honor 6x: The Differences You Need To Know