Huawei P10 And P10 Plus Will Be Released In March Or April: What We Know About These Incredible Flagships 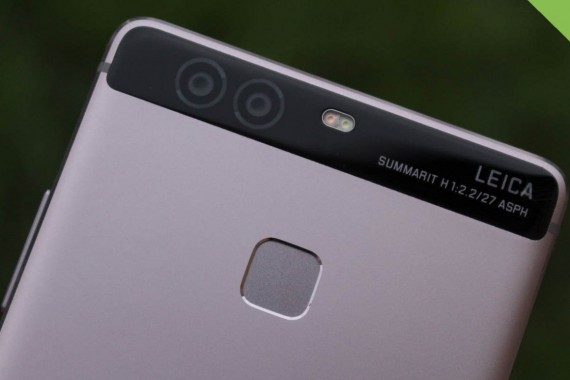 The Huawei P10 and P10 Plus could become the company´s most important flagships in its history since these would represent the most important step in Huawei´s new journey within the U.S. market. (Photo : Android Authority/YouTube)

Chinese tech giant Huawei keeps pushing forward on its plan of conquering the American market and beating Apple as the second-largest smartphone maker in the world. It has been known that the highly expected flagships Huawei P10 and P10 Plus will be launched in March or April, which is an incredible news for the brand´s lovers since the company already unveiled the Honor 6X a week ago.

The P9 Series Were A Huge Success

According to UberGizmo, although the company released almost the entire P series in April, is quite likely that the Huawei P10 and P10 Plus could even be launched a month before since Huawei Consumer Business Group CEO Yu Chengdon informed about this possibility to the press. If this ends up being true, both flagships will be unveiled in February at the Mobile World Congress (MWC) event.

Without any kind of doubt, this was the move that everyone expected from the Chinese tech giant this year, given the fact that the P9 series was such an outstanding success that many considered as Huawei´s first step of its mission to excel its quality and mesmerize the American customer, considering that the U.S. market is the main goal of a company that already conquered emerging markets as Latin America, Africa, and many nations of Asia and Europe.

As reported in a previous article, the Huawei P9 and P9 Plus were some kind of turning point for the company, considering that this series managed to cross 10 million shipments across the world, turning into the most incredible milestone from both a product and a brand perspective. Although these flagships were meant to clear the road for the highly-anticipated Huawei P10 and P10 Plus, its success was so perfect that these new mobile devices will definitely be received with more expectations, and it could gain an incredible amount of sales.

According to Softpedia, one of the main difference between the Huawei P10 and the Huawei P10 Plus will be the display size, given the fact that the screen is one of the most delicate details when creating a mobile device since there are many preferences among customers. Apparently, the Huawei P10 will sport a 5.2-inch flat display while the Plus version could be a phablet with a much larger display size, although there are not specifications about this field on this flagship.

Also, the Huawei P10 Plus will have a dual-edge curved display on top, just like the famous Samsung´s Galaxy S7 Edge, which any has considered as the best smartphone in 2016. Of course, this represents a clever move from the company, given the fact that it would use this extraordinary detail in a flagship that many believes it could cost much less, although it won´t be precisely cheap.

Another great detail about the Huawei P10 and P10 Plus is that both flagships will be equipped with the Kirin 950 chipset, with 6GB of RAM. Although there are many customers that would like to see one of this phones running with the almighty Qualcomm Snapdragon, this chipset is one of the most outstanding, and would definitely provide these flagships with the greatest performance.

In addition to these details, there´s not much information about the Huawei P10 and P10, including fields such as the hardware and even the price. However, rumors suggest that one of these flagships would have the almighty wireless charging, and it would feature the home button in the front. For now, both flagships remains as mystery that will be cleared day by day with the release of new rumors and information about these mobile devices.

Samsung Gear smartwatch is probably one of the biggest competitors of the Apple Watch, which makes this move from both companies something unexpected and surprising, considering that it will benefit Samsung product.

The new iPad Pro will definitely have to face the decrease of popularity that tablets has suffered in recent years, in the detriment of other devices as laptops or desktops.

Could Chinese Smartphones Conquer The Market This Year?

With the release of mobile devices like the Honor 6X or the ZTE Blade V8 Pro, Chinese smartphones will enter for the first time to the U.S. market, to compete against the upcoming flagships.