Waymo Is Looking For Partnership To Cut Self-Driving Tech Costs 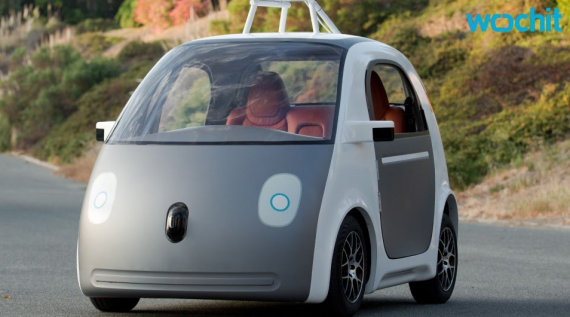 Waymo is seeking partnership for mass-production of its self-driving tech in order to reduce costs. (Photo : Wochit Tech/YouTube)

The company created from Alphabet's Google Self-Driving Car research project, Waymo, is looking for a partnership to help cut the production costs of the autonomous driving tech.

At the moment, Waymo is designing and building all the computers, radars and sensors used in its automated test vehicles, as well as creating the artificial intelligence programs that control the self-driving hardware. But in order to reduce the production costs and make its technology affordable for commercial use, Waymo seeks a manufacturing alliance that will allow a mass-scale production of components.

According to Forbes, the company revealed this week at the North American International Auto Show in Detroit that the latest generation of its software and hardware is being used on Chrysler Pacifica minivans that will start road tests by the end of the month. Cameras, sensors, radar and laser Lidar units for 360-degree, high-definition images of a vehicle's surrounding are installed on 100 minivans.

According to Bloomberg, Waymo has already cut costs by 90 percent on LiDAR sensors. According to John Krafcik, Waymo's chief executive officer, the breakthrough will let Waymo bring the technology to millions of consumers. He said that back in 2009, a single top-of-the-range LiDAR was costing upwards of $75,000.

Google was a pioneer in self-driving tech, but some potential competitor companies, including ride-sharing giant Uber and successful car maker Tesla have more aggressive plans than Waymo to deploy their autonomous systems. However, Krafcik emphasized that Waymo has a clear advantage in artificial intelligence, and this field can give the company a competitive edge.

Krafcik also said that by May Waymo's autonomous test vehicles will count more than 3 million test miles on public roads. Most of these test miles were achieved on "complex city streets." Next month the company will also begin testing the modified Chrysler minivans in Arizona and California.

Krafick has mentioned previously the importance of forming partnerships, without identifying any new alliances with automakers. However, Alphabet and Fiat Chrysler Automobiles are strengthening their self-driving partnership with around 100 more Pacifica Hybrid minivans to the test fleet.

In December, Honda announced plans to explore an alliance with Waymo in self-driving technology. Krafcik declined to give more details about the potential collaboration with Honda. However, he said that both companies share a desire to improve access to mobility to underserved parts of society, including people with disabilities and the elderly. According to him, the two companies are sharing a lot of cultural alignment that could help strengthen their partnership.

Previous talks between Google and automakers did not come to an agreement over who will control the flow of data from autonomous cars. Marketers could use this information in order to learn the habits of consumers.

Self-driving tech faces challenges in becoming mainstream, due to the high cost of specialized equipment. Driverless cars would be easier to sell on the market in case of reductions in sensor prices. This cost reduction can be achieved with high-volume production.

The company's Detroit announcement doesn't give details about when Waymo plans to create its own fully automated ride0hailing and mobility service and when it will begin generating revenue for its integrated self-driving software and hardware platform. However, tech analysts believe that the company's announcement signify a steady move toward commercialization for the Google project.

Google has announced that it will launch its first self-driving minivans by the end of January 2017.

Currently, Waze Carpool isn’t making any money. The app charges riders based on on the cost of gas for a certain ride, while the driver gets everything. In the future, Waze Carpool could also take a commission.