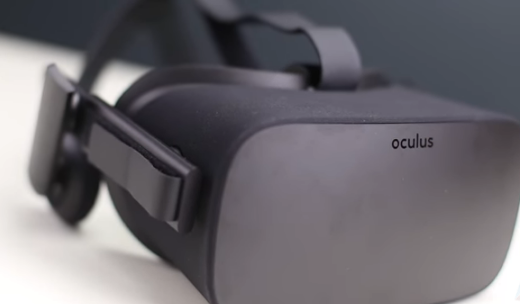 The Oculus Rift is one of the most popular virtual reality headsets on the market. While it is still arguable whether or not this VR headset is competitive enough, it's worth noting that the Oculus Rift, like all other products, comes with its own set of perks and disadvantages. Here's a quick overview of this VR headset for those considering to buy it.

One of the things that you should know if you are planning to purchase the Oculus Rift is that you would need a wired connection to a computer to power each lens of the headset. Furthermore, there's also a minimum PC specs requirement, as per Tech Radar. This means that you can't just use an office-level computer. You would need a topnotch gaming PC to maximize what the Oculus Rift has to offer.

Oculus has originally set a higher minimum PC specs requirement for the Rift. Initially, you'll be needing at least an Intel Core i5 4590 processor, NVIDIA GTX 970 / AMD Radeon 290 video card and 8 GB RAM. Technically, Oculus requires a hard core gaming laptop to power the Rift. It's kind of a no-biggie for die-hard gamers, but for regular PC users, it's quite a demand. Needless to say, Oculus has realized this as well.

Eventually, the company has reduced the minimum PC specs requirement and the Rift can now work perfectly with an Intel i3-6100 processor and an NVIDIA GTX 960 GPU. This somewhat reduces the overall costs by $499. It's also good news that there are cheaper options and bundles on the market right now. A source says that Oculus-ready computers are now getting cheaper and bundled up with Rift.

The Oculus Rift itself is priced at around $600 which is quite less than its direct competitor, HTC Vive. However, when it comes to performance, you'll get what you pay for. Meaning, If you pair the Rift with a superior device, you'll get far more than what smartphone VRs offer. If there's a single major inferiority the Rift has over the others though, it would probably be not having room-scale VR capacity. Meaning, you cannot walk around with your Oculus Rift which is something other VR headsets allow you to do. Additionally, take note that the Oculus Rift comes with an Xbox One controller for the main reason that the actual gamepads or the Oculus Touch Controllers which allow you to use your hands in your VR experience, are expensive, thus optional.

As a whole, there's no doubt that virtual reality gaming with the Oculus Rift is an amazing experience. The gaming experience itself or the overall viewing experience rather, is high-quality and is something that you cannot complain about. You can also watch 360 degree films from Vimeo, Twitch and Facebook, so as a whole, the Rift is quite a high-tech gadget like most VR headsets are. Additionally, its design and body is high-quality as well. Meaning, it's comfortable and not a pain to use.

Apple's latest hardware, including MacBook Pro with Touch Bar models, boast comparable specs with Rift requirement. Still, it has yet to dedicate the resources to developing a Mac software suite or compatible APIs.

The Oculus Rift is still one of the best contenders in the world of virtual reality, but its price has often turned off consumers. Facebook is trying to remedy this with a dramatic cost cut.