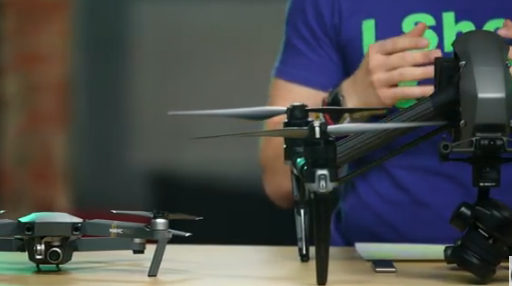 Now that 2017 has already step foot, we can now prep ourselves up for what technology has to offer. (Photo : Jared Polin / YouTube)

Now that 2017 has already stepped foot, we can now prep ourselves up for what technology has to offer. The previous year did not disappoint when it comes to technology advancement as we were introduced to multiple gadgets and devices to make our lives more convenient. Now, we do expect that the technologies that were just starting to be popular in 2016 will become rather mainstream in 2017.

Last year, DJI, GoPro, and a few other drone makers have introduced lots of new products to the market. This year, more drones are expected to be introduced. If DJI was able to release some of the most amazing drones in the previous year, we can't wait to see what they have in store this season. The DJI Mavic Pro, Phantom Pro 4 and Inspire 2 drones are already quite unbeatable. It would be interesting to see what upcoming drones technologies will surface in the coming months.

Do take note that drones are getting more and more popular as a business tool in different industries. With business progress in mind, it's pretty easy to assume that drones will become all the more mainstream this 2017. Venture Beat says that there could be a 400 percent increase in drone usage this new calendar year.

CES, being a widely anticipated tech event, is said to be the 2017 platform for tech companies to introduce their new array of VR headsets. Virtual Reality may arguably have a small market base, but it's undeniable how much it progressed during the entire 2016. With that said, it has been predicted that VR will continue to move towards being mainstream this year.

As per Indian Express, PC-based VR headsets might show up from popular PC makers like Lenovo, Asus, and HP. Qualcomm has also announced their partnership with Lionsgate in their aim to produce a Power Rangers VR experience in relation to the upcoming film. Its demo zone is expected to open at this year's CES event.

Artificial Intelligence in devices is no longer a groundbreaking technology at this point in time. However, it is also pretty undeniable how much this technology has become all the more ordinary in the span of years. With that said, it's safe to assume that this year would see more and more companies make use of AI technology. What started out as a mere virtual assistant like Siri could get to more complex tasks in different industries.

According to Mirror UK, the AI brain has given people the ability to simulate the virtual world and it has also given computers the ability to understand how the real world works. With that, do expect companies to use these technologies to a higher extent this year. Virtual assistants in smart devices are also expected to increase in number. In fact, Samsung is being rumored to be one of the companies to introduce a new AI assistant this year. It was said that the Samsung Galaxy S8 could be introduced with an AI assistant named Bixby.

DJI is one of the most talked about companies when it comes to drone quality so there’s no doubt that its future releases will be just as high-quality as expected.

Drones have become more and more popular as time pass by. This is why the demand for drones is expected to rise in 2017.