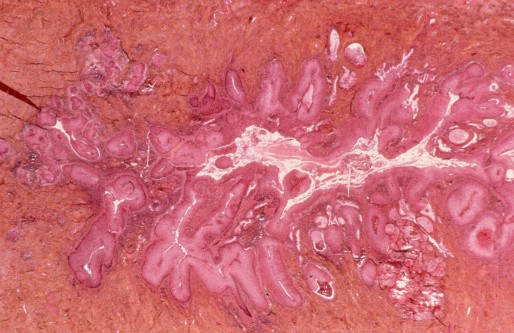 Silent but deadly as most victims experienced. These are words often used to label cervical cancer, a slow-growing virus that rarely causes symptoms in its early stages. As per Centers for Disease Control, each year approximately 11,000 women in the United States are detected with cervical cancer, and for some, it will be too late to have an effective treatment.

Cervical cancer is almost always triggered by the human papillomavirus (HPV)-the most common sexually transmitted diseases in the United States. Affecting approximately 79 million Americans, HPV can be detected in 93 percent of all with cervical cancers.

Yet the virus alone is not enough to cause cervical cancer. There are other contributing factors consist of the following:

"HPV is very common; up to 80 percent of sexually active individuals could be vulnerable to the disease," says Summer Dewdney, MD, a gynecologic oncologist specialist at Rush University Medical Center. "But the majority never develop any signs, and the body's immune system can generally clear HPV on its own within two years."

Pap tests empower doctors to detect abnormalities-changes on the cells on your cervix and act before cervical cancer develops.

"Every girl must visit gynecology specialist check-up at least once every three years, starting at the age of 21," Dewdney says. "Once you turn 30, we commend pap smears every five years if you have HPV testing with your Pap and the results are negative." "In addition, any bleeding during sex should be evaluated by a gynecologist," she adds.

In some cases, where women had prior abnormal Pap test results, doctors may also perform an HPV DNA test, which can detect HPV on a woman's cervix.

Cervarix is suggested for girls who are nine years of age, plus women of any age who have not before been vaccinated and have not previously been detected with cervical cancer.

"If you're not physically fit but your children are at the right ages, the study took them to be immunized," Dewdney says. "But the significant thing to know is that even if you were not protected earlier, you can still get the vaccinated up to age 26."

Studies have shown that women who have related to many sexual partners increase their risk of developing HPV and their risk of cervical cancer.

"As sexually active in society, use a condom to protect yourself every time you have sex," Dewdney adds. "Unprotected sex is at risk for contacting with sexually transmitted diseases that can increase also the risk of getting HPV and greatly increases the chances of developing cervix cancer."

Smoking cigarettes multiply the risk of developing cervical cancer. Studies have shown that tobacco by-products damage the DNA of cervix cells and may contribute to the development of cervical cancer.

Ovarian Cancer: The Facts That Could Save Life

It’s rarely easy to learn about your family’s health history, but it’s worth doing your research. Ovarian cancer can be protected.

Reported numbers of cases of HPV in Australia are lower as a result of free HPV vaccines.

Researchers are calling a healthy fasting diet a miracle due to its amazing capability of lowering major chronic diseases including cancer and diabetes. A specifically designed diet that mimics fasting could be the answer to all our health problems.

General Vaccine For Cancer Not Likely

Considering that a lot of US’ states have been considering the legalization of cannabis and others have already been legalizing it, what’s the truth behind new claims that it can potentially be used as the secret weapon against brain cancer? Could it be the cure that can pave the way for other treatments involving cannabis? Find out what experts have to say about it