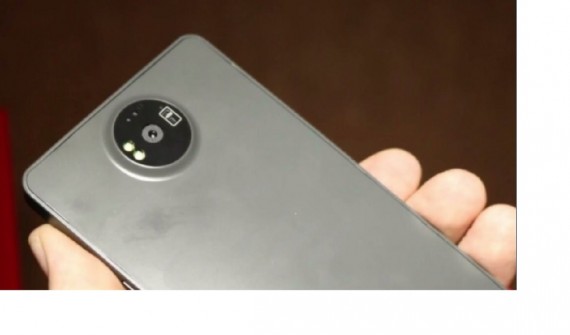 Nokia is hoping to shake things up with a camera feature dubbed as "bothie". (Photo : Gupta Informaton Systems/YouTube)

Nokia is back to business and this year is expected to be its glorious return to the phone market, which is something that many thought would be impossible considering the way in which the Finnish company was the major player and fell in disgrace since the release of the first iPhone. Given this situation, Nokia's new smartphones are likely to be some of the greatest devices in 2017, and there´s some important things you need to know about them.

There´s A Mid-Range Phone And A Flagship

Just like any other single series of mobile devices that a brand is going to launch to the market, there´s a mid-range phone and a flagship, which main difference is not only the price but also the specs and features that these smartphones wears. Naturally, this is a strategy which aims to gain the biggest sales and revenues possible, by offering a specific device to a specific user and a specific market.

In Nokia´s case, the mid-range phone will be the Nokia 6, which has been released exclusively in China and it could be launched globally in short term. This mobile device sports a full HD display with a beautiful metal body, and a Snapdragon 430 processor with 4GB of RAM. On the other hand, the Nokia´s flagship will be the Nokia 8 -also known as P1-, which promises to be one of the most outstanding smartphones released this, since it would wear a 5.7-inch Quad HD Super AMOLED display and a 24 MP rear-facing camera with OIS, powered by the latest Qualcomm Snapdragon 835 processor and 6GB of RAM.

The Nokia New Smartphones Will Use The Latest Trends In Technology

Before the iPhone conquered and revolutionized the phone market, the Nokia was the most important mobile device you can get, in an era in which the most incredible technology trend that a phone could have was the camera. In short, the Finnish company was the king before the smartphones, and one of the main reasons why it lost its kingdom was because of the fact that it didn't found the way to modernize its phones and adapt it to the changes that people demanded.

As if it was a way to prove that this mistake is buried for good, Nokia´s new smartphones will use the latest trends in technology, in order to mesmerize the customers with mobile devices that offers the features that most important brand are using right now. For example, Nokia´s phones will have the fingerprint scanner, and Dolby Atmos to power the sound of the speakers.

Nokia New Smartphones Will Be Nougat-Flavored

The operating system is probably one of the most important details that any brand should take care of, given the fact that this is the one that would set the smartphone´s performance. Far from using any sort of weird software, Nokia´s new smartphones Nokia 6 and possibly the Nokia 8 will run Android Nougat, which represents good news to those who expects the best from these mobile devices.

In fact, the Nokia is equipped with the Android 7.0 Nougat, which is something great considering that being a mid-range phone, it could actually beat most of its competitors by having this operating system. On the other hand, the Nokia is expected to have the Android Nougat 7.1 version as theories are rife about it.

Although the Nokia 8 has remained as a mystery, this could be one of the most outstanding mobile devices customers will see this year.