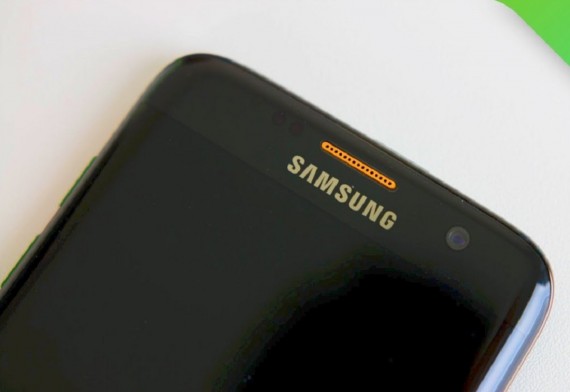 The iPhone 8 and the Galaxy S8 are the flagships of Apple and Samsung, two tech giants in the smartphone industry. It is noteworthy that consumers will be able to differentiate the unique offerings of the two devices.<br /> (Photo : Android Authority/YouTube)

There´s no doubt that the most expected mobile devices this year are the Galaxy S8 and iPhone 8, given the fact that Samsung and Apple are the biggest smartphone makers in the world and two companies that have been characterized for creating the most extraordinary mobile devices. Although several rumors suggest that both flagships share a lot of similarities, there´s also quite important differences that could determine which could be the best. These are the three most important.

This is practically one of the most important fields that any mobile device should be aware of, given the fact that it determines how fast could the device run and how great its performance could be. Naturally, such of important flagships as the iPhone 8 and Galaxy S8 are expected to offer the greatest and latest technology magnificence in this area, not only to meet users expectations, but also to have more chances of beating each other.

Given this situation, it has been rumored that the iPhone 8 will probably come in 32GB, 256GB, while the Samsung Galaxy S8 would probably be released with 64GB of internal storage that could be expanded to 256GB with a microSD card. Also, there´s a high chance that the processors of both flagships could be different since it has been rumored that while the Apple´s mobile device could wear the Qualcomm Snapdragon 835, Samsung´s phone cold wear the Exynos 8995.

There´s no doubt that cameras are probably the most popular features for the customers, given the fact that this device offers the possibility of taking some photos with your smartphone anywhere you want. If you think about it, cameras have been more revolutionary than the touchscreen, and even when this is not something that will determine the phone´s performance and quality, Samsung and Apple will have to make it great in this feature in order to achieve the maximum success.

On one hand, several rumors suggest that the Galaxy S8´s camera-rear will be of 30MP, and it has been known that Samsung might be developing a 1/1.7-inch sensor fit for use in the flagship, and a lens with a faster f/1.4 aperture in the work too. However, some analysts suggest that there are some possibilities that neither innovation will be ready.

On the other hand, although there´s not so much information about the iPhone 8 camera, it has been rumored that the Cupertino company could actually sport this flagship with a dual-lens camera that will probably include optical image stabilization (OIS). In fact, is quite possible that this mobile deviadopts atsa new vertical dual camera arrangement instead of a horizontal dual camera system.

Apple and Samsung will face different realities this year, and both of these are the detail that will definitely frame the iPhone 8 and the Galaxy S8 once they´re released in the market. On one hand, Apple´s flagship will be the product with which the Cupertino company will commemorate the 10th anniversary of the first iPhone, so this mobile device will definitely have to be way much better than the previous versions, given the fact that this is exactly what the customers are expecting.

Nevertheless Samsung is also facing a highly pressured scenario, considering that what frames the Galaxy S8 is definitely the Galaxy Note 7 fiasco, since this was such a terrible setback for the South Korean giant that it was forced to recall the phone, and its reputation was severely damaged. Naturally, the Galaxy S8 is also expected to be a groundbreaking mobile device in order to restore Samsung´s image and show to the customers that the company can still create the greatest mobile devices.

While there are many Android phones as the Galaxy S8 or the Huawei Mate 10, which are soon to be released, the Cupertino company will launch this year the highly-anticipated iPhone 8.