The Most Incredible Android 7.0 Nougat Tips And Tricks For The OnePlus 3 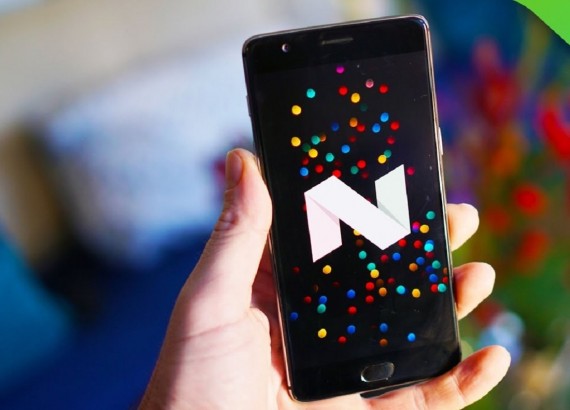 Android Nougat update started to be rolled out on the unlocked HTC One A9 on Monday, Jan. 16. (Photo : Android Authority/YouTube)

The OnePlus 3 was such an outstanding smartphone last year that it was considered as a flagship killer, given the fact that it offered almost the same specs and features that the greatest phones had, in a much affordable price. Now that the Android 7.0 Nougat update is available for it, there´s some tricks and tips that you need to know to excel your experience with this outstanding mobile device.

Tricks For The OnePlus 3 With The Android 7.0 Nougat Update

The Do-not-disturb rules are one of the greatest things you can get on your mobile device if you already have the Android 7.0 Nougat update, and of course, it represents one of the things that would excel the greatness of the OnePlus 3, the mobile device that is popularly known as the flagship killer. If you have one of these and already downloaded the update, in order to the Do-not-disturb rules you just have to go to the widgets from the home screen and add a settings shortcut widgets, and select Do not disturb. This way, you can now get access to the hidden menu.

Another incredible trick that you can do with your OnePlus 3 when you had downloaded the Android 7.0 Nougat update is to put it on vibration mode in the easiest way. As you might now this mode and the silence one can be made by using the hardware keys of the mobile, but with this update, you can now just set the smartphone to silence and then tap the settings in the popup and enable vibration. Once you´ve done this, your OnePlus 3 will vibrate whenever you receive any kind of notification or call.

Another awesome trick that you can try once you download the Android 7.0 Nougat to your OnePlus 3 is regarding the multitasking/splitscreen mode. If you want to do this, jut hold on to the recent button with an app running on the screen. Pressing the home button while on the splitscreen launches another app from the screen and go back to splitscreen- If you want to exit from it, you just have to longpress the recent button once again when two app are displayed, or resize the apps to the entire screen.

Tips For The OnePlus 3 With The Android 7.0 Nougat Update

One of the most important tips that can be provided about the Android 7.0 Nougat update on your OnePlus 3, is that the notification LED will turn blue when dash charging, no matter if you chosen any other kind of color under the LED notification system. Before you think that this is some kind of error, is important to know that this is actually pretty normal.

Also, another tip if you already downloaded the Android 7.0 Nougat on the mobile device is that the GPS and rotation will disabled one you turn on the Power Saving mode. Nevertheless, you can actually turn them on manually in order to get the GPS while you´re using this mode on your OnePlus 3.

On the other hand, if there´s any app that is displaying a odd behavior in your mobile device, once you already downloaded the update, the most efficient move you could is to try to clear the cache and data. Naturally, if this doesn't work, or you just want to do it in the old-fashioned way, it´s highly recommended to uninstall and reinstall the app.

Finally, another important if you have the Android 7.0 Nougat installed on the OnePlus 3, is that the homescreen grid size will change according to the DPI setting. Naturally, you can get additional grid slot by jut making display element smaller.

The Nokia 6 and the OnePlus 3T could be two of the most important budget smartphones this year with amazing specs and features.

Nokia is back in the smartphone industry with its latest devices that offer a variety of specs and features.

While there are many Android phones as the Galaxy S8 or the Huawei Mate 10, which are soon to be released, the Cupertino company will launch this year the highly-anticipated iPhone 8.